Yesterday was a milestone of sorts for both Walt Disney World and MyMagic+ as it marked the first day that guests could use My Disney Experience to make advance dining reservations for lunch at Be Our Guest restaurant at the Magic Kingdom. Though this is the first time all guests can make lunch reservations for a quick service restaurant in advance, it certainly won’t be the last, as Disney’s long-term plan is to move several quick service locations to a system similar to this.

Unfortunately, yesterday’s lunch reservation launch didn’t go exactly as planned. Users reported having issues using My Disney Experience both online and in the app, reservations were cancelled, duplicated and lost within seconds, and general confusion (and in some cases, hysteria) ensued.

Yesterday’s reservation fiasco proved that, even a year after it was rolled out to all guests, MyMagic+ still has some crucial problems that need to be addressed before its next phase can be rolled out (which could be as soon as a few months from now). Though there is plenty of room for improvement with this system, these four issues absolutely must be remedied before we see a new iteration of MyMagic+ 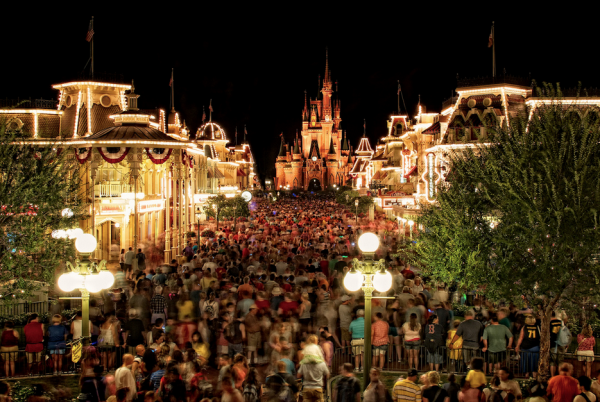 When reservations officially opened in the wee hours of the morning on February 25th, My Disney Experience was immediately slammed with a surge of guests trying to secure their lunch reservation. Though you would think a company as massive as Disney could spare the bandwidth to support this heavy influx of traffic, the system immediate crumbled. Both app and web users reported blank screens, error messages and overall sluggish performance.

While you might expect performance like this from a moderate level website, the fact is that Disney is a multi-billion dollar company, and their theme park division serves millions of guests a year. There is no reason why a sudden influx of a few thousand guests trying to get lunch reservations should bring My Disney Experience to its knees. Before additional quick service restaurants go the ADR route, it is crucial that this system's performance issues when it comes to extra traffic be sorted out.

When coupled with the crashing issues above, many users found that even though they thought they had made a reservation, the confirmation wasn't showing up, which caused many to accidentally double up reservations. This in turn caused availability to drop artificially as multiples were stacked for a small amount of users in error, all because the app and website couldn't work together and confirmations were not instantaneous.

lastvist was in january. at that time i was told the bracelet was good because it would eliminate carrying paper tickets and passes. and would also serve as a room key. by the time i was on the system i had to carry paper copies of my tickets and passes as a back-up but also my free parking pass. i need 2 bracelets because the "system" would not work with the hotel room key information. and my hotel bracelet key would not recognize my passes and tickets. as of today i think i have 6 bracelets from 2 visits.

I was invited to the trial for Be Our Guest in January. I tried it out on the browser but the entire utility of making a quick service reservation for our party of 4 adults and 5 kids and spending that much money to be shuffled in and out made no sense to me. I'd rather grab a quick snack and head back to the hotel for a real lunch than that. I opted out.

Steve we did the beta test for Be Our Guest lunch service in February. The system worked well ordering for two of us once I figured it out. However I agree way too expensive for a quick service meal that in a likely scenario a lot of people with other things planned and scheduled will just go in scarf down and then leave.

The whole system is annoying to me way too much pre-planning now and no spontaneity. The Magic bands are just one of the outward symptoms. There are whole web sites devoted to planning including; setting up your planning binder, best ways to get the reservations you want, shortcuts in the parks, what to pack down to the smallest detail and on and on. The whole Disney experience is being transformed from a fun family vacation to something akin to a planned assault on the kingdom with stressed out parents and kids marching from the rope drop to a fast pass, then an adr and so on to the next.
Naïve visitors approach the concierge (what a quaint idea) and ask for dining reservations at Be Our Guest for that night and wait in line at the park to get a fast pass for Seven Dwarfs while those who got them months ago shake their heads in pity. Now at the earliest moment we can possibly make a reservation of any kind we're at the computer or on the phone and the system is crashing under the stress but wait one minute later and you won't get it. Where's the fun in all that?
Don't get me wrong I love Disney and think they get so many things right. I do wonder though how My Magic + will play out and feel once they get it all up and working well and how much this culture of preplanning with become ingrained.

Is the problem that IT professionals aren't so interested in being hired at minimum wage for the privilege of working for the Mouse?

I mean, having employees stand around in the parks holding iPads and pretending to be kiosks for making FP+ updates, because you can't do it on your phone - how embarrassing is that!?