The 4 BIG Updates From Universal Orlando, Busch Gardens and SeaWorld This Week (February 15-21) 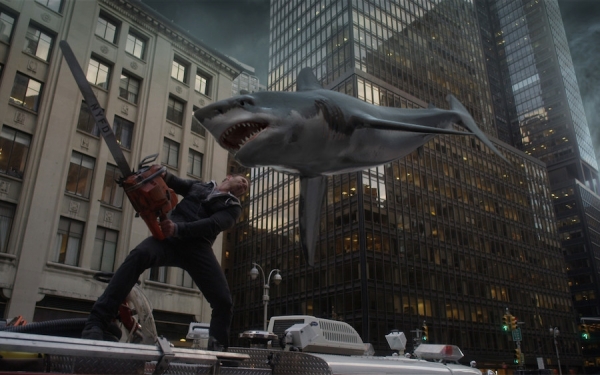 Do you like ultra-campy Syfy original movies that feature sharks falling from the sky? In a move that screams corporate synergy, NBCUniversal has announced that filming for the third (and probably not final) installment in the Sharknado series will include scenes filmed at “key locations” at Universal Orlando Resort.

No word on what said locations will be included or if any of the film’s “talent” (I use the word loosely) will be on hand during the shoot, but guests who want to check out all the happenings should plan to drop by the parks next week. No word on if the “Twister” ride will feature at all….but it’d be fairly appropriate if it did.

SeaWorld has announced a special pass member preview of  their new show Clyde & Seamore’s Sea Lion High set for February 28. In order to attend, pass members will need an event wristband that will be distributed at Pacific Point Preserve at 1:00PM for the 7:15PM preview show. In addition to getting a first-look at the brand new show, pass members in attendance will get a free gift as well as special access to selected rides as part of the event.

3. Liquids banned at Universal…and then not

This week saw some strange moves from Universal in regards to what can and cannot be brought into the Resort. This Monday when guests arrived at the resort they were told that a ban on all liquids had been implemented, meaning guests could not bring any kind of drink (including water) into the resort and had to either go back to their vehicles or throw away their drinks. Though exceptions were made for formula, stored breastmilk and medicine, these policies were enforced infrequently, and many guests complained online via social media.

Perhaps due to pressure from unhappy guests, liquids were allowed back in the park Wednesday, only two days after they had been banned. No reason was given as to why the ban took place, but let’s all hope it doesn’t ever return…

banning people from bringing drinks and foods in a park is really a scandal.
after paying 100$ for a day, not all the people can afford high priced drinks.
water is very important for heal of visitors, and park owners can face pursuits in case of accidents.

Brush Garden banned Any drinking bottles into park.. They want sell bottles to make profits try profits more at the Park. They realized not happy campers at the park . I never forgot Outranged water bottles during Olympic Games Atlanta 1996. Cost per water bottle for $10 bucks at Open games!!!!!!