1. Enjoy a sip of coffee at the Trolley Car Café 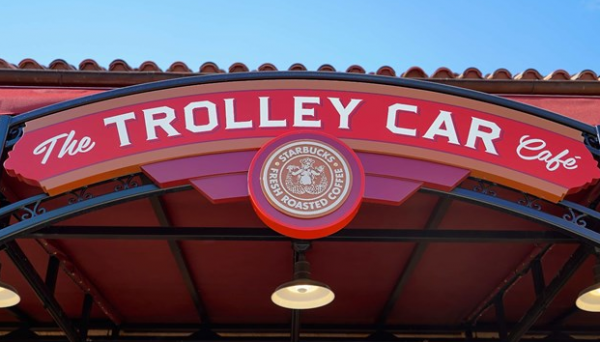 Starbucks continues its large-scale roll out across the Disney parks this month as it opens its first location at Disney’s Hollywood Studios. The new location is on the corner of Sunset and Hollywood and the inside features an industrial trolley car theme.

This Starbucks location has been in “soft opening” for the past several days (guests wanting to visit have needed to procure vouchers from Cast Members stationed on Hollywood Boulevard), but this location is expected to open officially later this week.

In addition to offering standard coffee drinks, the Trolley Car Café also features baked goods and breakfast items (much like the Main Street Bakery at the Magic Kingdom).

2. Take in a view that has been gone for more than a decade 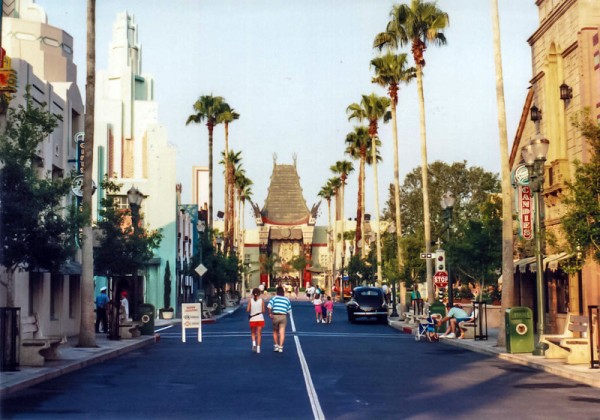 The Sorcerer’s Hat has been on its way out, coming down piece by piece over the past few weeks. As of yesterday the only part of the hat that remains is some metalwork and some half torn-down stairs. Judging by the rate of progress made so far, what’s left of this former park icon will likely be gone in a matter of days.

Though there are some that will bemoan the loss of the Sorcerer’s Hat, those among us that remember the superlative view that greeted guests as they entered this park before the "hat" era are quite excited to see this view return after a too-long absence. Even those that are sad to see the hat go might find themselves warming up to this new-to-them view!

Well, you are now missing a view of a true Disney Icon so you can look at a fake Grauman's Chinese Theater. That's so Disney. (P.S. - I'm a Disney Addict)

I am so glad to see the got awful eye-sore of a hat gone. Time to bring back the classic view of how the park was intended to be viewed when it was built.

Yeah, looking at the picture showing the old/new view, I still say I will miss the hat. I thought it was a cool visual when you walked into the park versus a theatre that's not that cool looking on it's own. I mean, if I was in Hollywood I might be excited because it's a piece of history, but at HS, not so much. I love the ride, but visually, it just doesn't draw the eye like the hat did. IMHO.