The 2 New Attractions Coming to Universal Studios Singapore THIS YEAR

Both of these attractions are currently exclusive to Universal Studios Singapore and are set to be opened later this year. Though both will be located in Far Far Away land, neither of these attractions will actually feature Shrek, instead drawing inspiration from spin-off property Puss in Boots. 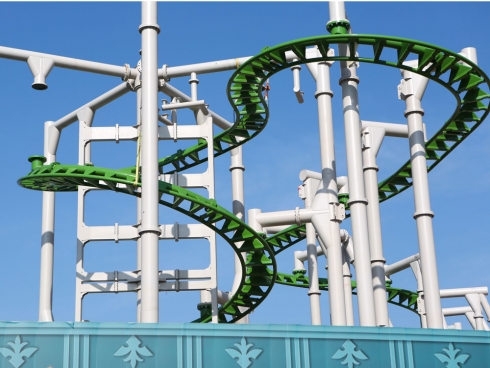 This new suspended coaster has been under construction for some time, but now we know exactly what kind of attraction this will be. According to a press release released by Universal, Puss in Boots’ Giant Journey will feature an original storyline involving  a “wild goose chase with Puss and his accomplice, Kitty Soft Paws”.

Universal has not announced a grand opening date yet, but with construction expected to finish before the end of the year (much of the ride structure has already been completed, as seen in the image above), it wouldn’t be surprising for an official opening announcement to be made in the next few months.

Of the ride, Mr John Hallenbeck, Senior Vice President of Attractions at Resorts World Sentosa said: “We are excited to expand our collaboration with DreamWorks Animation. DreamWorks characters have been popular and the expansion will allow our guests to experience more of Puss In Boots, a franchise beloved by families and youths. The new ride is designed based on the popularity of our other crowd-pleasing suspended coaster, and will cater to not only families but thrill-seekers as well."