Easter celebrations at theme parks typically focus on the lighter side of the holiday. At religious-themed parks, though, it's an altogether more serious business.

At the Tierra Santa theme park in Buenos Aires, Argentina, for example, the Easter period features three days of religious reenactments. This includes a bearded actor portraying Jesus Christ, who is whipped and crucified in front of an audience. A resurrection does occur, though - every hour, a 40-foot-tall plastic version of Jesus rides from behind a rock. 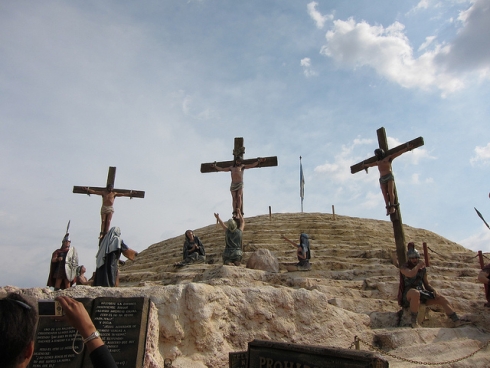 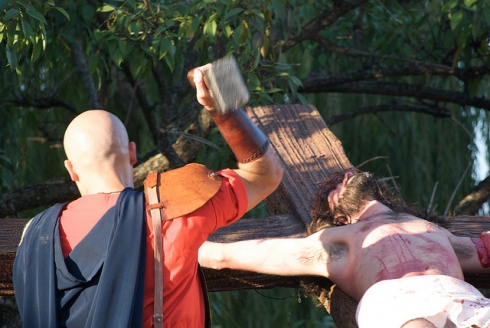 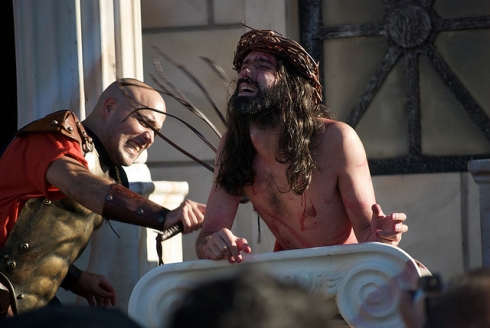 Tierra Santa (the Holy Land) claims to welcome 20,000 visitors every summer. It even received the blessing of Pope Francis during his time as Archbishop of Buenos Aieres. The 17-acre park recreates a miniature version of the holy city of Jerusalem, taking visitors through 36 events in the messiah's life. 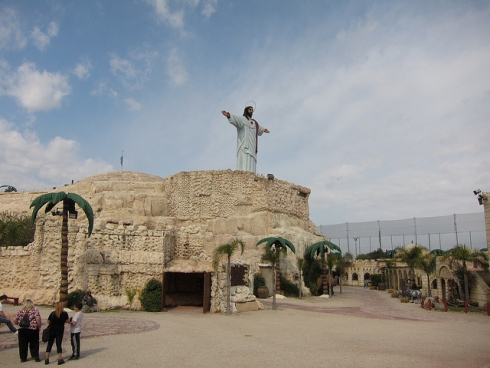 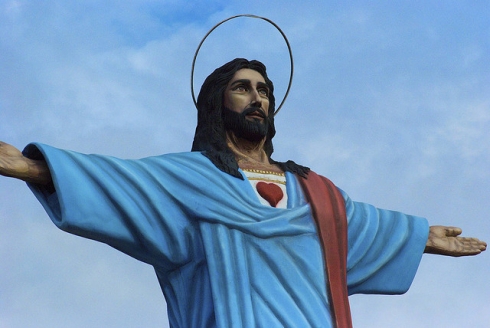 The most enduring image, though, is of the robotic Jesus, who rises every 60 minutes, before closing his eyes and rotating his palms as Handel's Messiah plays in the background. He then descends back into his "grave". There are 500 other plastic figures at the park, including a plastic Judas sitting at the Last Supper table. 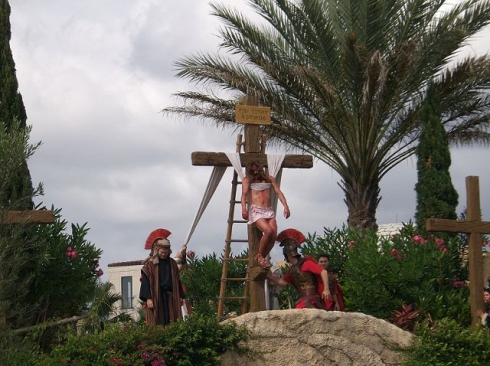 The Argentinian park won't be the only Christian theme park to recreate the crucifixion this Easter. Located right in the theme park capital of the world, the Holy Land Experience is nevertheless ignored by most Orlando visitors. Aimed entirely at Christian guests, it recreates 1st century Israel. Highlights include a street market, a "Judean Village" and a version of the caves where the Dead Sea scrolls were found. 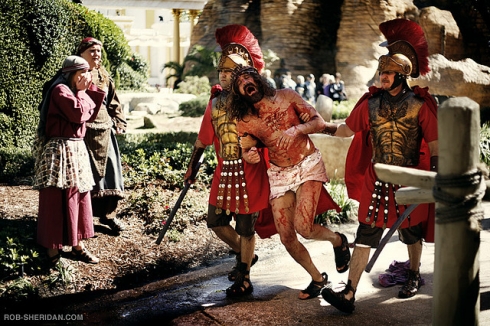 In 2012, the park added the 2,000 seat Church of All Nations auditorium. This hosts live reenactments of the crucifixion, as well as the resurrection and ascension of Jesus Christ to heaven. The Holy Land Experience describes the show, dubbed The Passion - We Shall Behold Him, with the following official text:

Our brand new production that tells the story of all that Jesus went through on His journey to the cross. See the people. Hear the sounds. Witness the greatest act of love that has ever been displayed to mankind. And in this version of the great Passion story, we take it a step further. We witness the triumphant return of our Saviour in all His glory. See for yourself as His train fills the Temple and feel the powerful presence of God as His promises come to life.

In addition to the live show, the Holy Land Experience is also laying on free showings of Mel Gibson's The Passion of the Christ throughout the Easter weekend.