Universal Studios Hollywood has confirmed the addition of 5 new attractions as part of its ambitious, $1.6 billion expansion plan.

The additions are all part of a five-year program that began in 2012 with the addition of Transformers: The Ride and will culminate in 2016 with the opening of the California version of the Wizarding World of Harry Potter. It will see major new additions made to the park every year for the next three years, some of which are clones of concepts from Universal Orlando but one of which is an all-new addition.

Let's take a look at the new attractions that have now been confirmed by Universal Studios Hollywood. 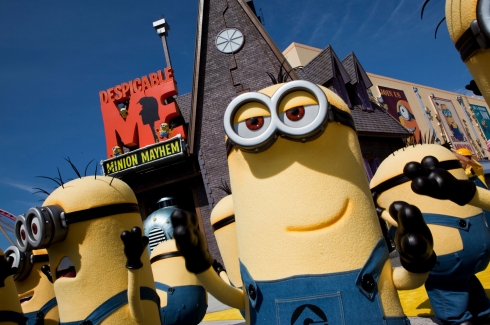 Despicable Me: Minion Mayhem will be a clone of the original version of the attraction at Universal Oroando. Based on the $540-million grossing Universal Pictures movie, Despicable Me: Minion Mayhem is the first ride at any of Universal's theme parks to be based on a Universal-produced animated movie. It replaced Jimmy Neutron's Nicktoon Blast at Universal Studios Florida, and reuses the previous attraction's simulator-style ride system. At Universal Studios Hollywood, it will be housed in the former Terminator 2 3-D building. 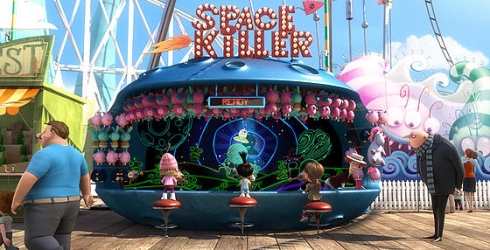 Located close to Despicable Me: Minion Mayhem will be Super Silly Fun Land, which replaces the Adventures of Curious George. The outdoor play area will also be themed around Despicable Me, continuing a trend from Universal to build fully immersive lands rather than individual attractions.

Inside Super Silly Fun Land, guests will find a water play area featuring 80 different elements, a dry zone for climbing, and games themed around a seaside carnival. The Super Silly Stuff gift shop will sell Despicable Me merchandise, with roaming Minions on hand to meet-and-greet guests. Gru's Lab Café will serve up themed dishes such as Gru’s Backyard BBQ Rotisserie Chicken and Dr. Nefario’s Lab Salad, and nearby Delicious Desserts will offer up colorful sweets, cupcakes and other sugary snacks.

The headline ride of the area will be the Silly Swirly, a spinning flat ride that will be similar to Kang & Kodos' Twirl 'n' Hurl at Universal Studios Florida. The cars will be themed around comical bug figures. 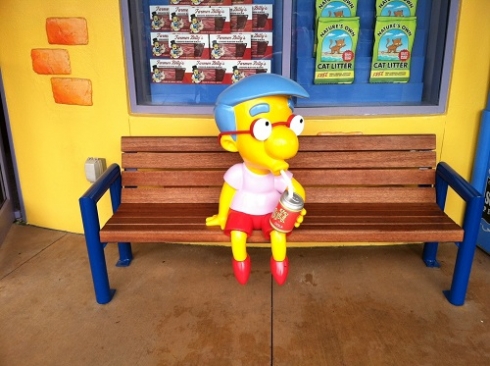 With the Simpsons-themed Springfield area having proven to be a hit at Universal Studios Florida following is debut in 2013, a version of the land is being brought to Universal Studios Hollywood. Like the Florida version, it will surround The Simpsons Ride, which opened in May 2008.

The opening of Springfield will see significant changes to the layout of the park, with the new land set to sprawl across a wide area. It will feature a number of recognizable locations from the TV show, including Krusty Burger, Luigi's Pizza, Moe's Tavern and the Duff Brewery, all of which feature in Florida. New locations will include Phineas Q. Butterfat’s 5600 Flavors Ice Cream Parlor.

No new rides are expected to open as part of Springfield. 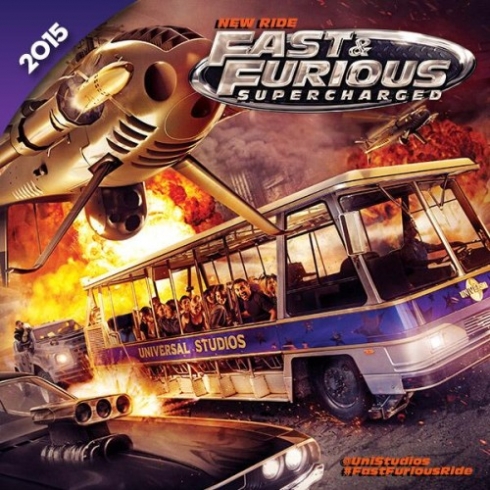 The world-famous Studio Tour will receive a new finale with the opening of Fast and Furious - Supercharged. Despite the death of star Paul Walker, Fast and Furious remains one of Universal's most valuable movie properties, and provides plenty of inspiration for a theme park attraction.

The Studio Tour's trams are expected to park on a hydraulic motion platform, before "hyper-realistic special effects and state-of-the-art 3-D audio and 3-D high definition imagery" are used to bring a high-speed chase to life. The world's longest and most expansive 360-degree screen will display the action, and is set to be some 400 feet long. It will be housed inside a 50,000-square-foot structure in the backlot, and will employ 18 4K projectors and a never-before-used front-projection system.

During their tour, guests will view "exclusive" Fast and Furious content to set the scene. New props from the movies will be added to the tour route. The attraction itself will see riders racing through the streets of Los Angeles at perceived speeds in excess of 120 miles per hour.

"We’ve embarked on a new medium of immersive entertainment that brings to life the characters, hyper-realistic action adventure and custom-made effects to transport guests into the exciting world of Fast & Furious," promises Mark Woodbury, president of Universal Creative. "Our collaboration with Universal Pictures to bring this franchise to life through epic storytelling and technological breakthroughs continues to be a hallmark of Universal Studios Hollywood."

5. The Wizarding World of Harry Potter 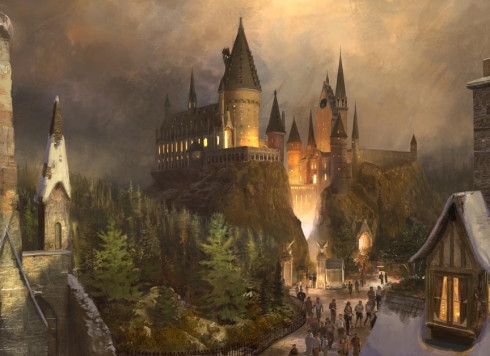 Universal Studios Hollywood has a completely different topography to Universal Orlando, being essentially built on a huge hill. Also, much of its real estate is taken up by its working studio backlot. This will make building an exact clone difficult, so expect to see some of the Hogsmeade shops, restaurants and facades sacrificed, along with the Dragon Challenge coaster (which is only really in the existing Wizarding World because it happened to be there already, in its original guise as Dueling Dragons).

Likely attractions include Harry Potter and the Forbidden Journey (a clone of the hugely popular simulator-cum-dark-ride, housed inside a recreation of Hogwarts Castle), Flight of Hippogriff (a version of the family coaster at Islands of Adventure) and Ollivanders Wand Shop (a huge money-spinner in Orlando). Less certain but still rumored are a Great Hall Dining Experience and a show based around a Defence Against the Dark Arts lesson.