Construction work on the ambitious Banshee roller coaster at Kings Island is now well underway, with the park having released several images to show off its progress.

Banshee will be the longest inverted roller coaster in the world at 4,124 feet. It will include seven inversions and, interestingly, will reach its top speed of 68 miles per hour in the middle of the ride’s course, not at the bottom of the 150 foot first drop.

The coaster will feature striking blue supports, holding a magenta-colored track. Sections of the track are now in place, as can be seen in the construction photos below: 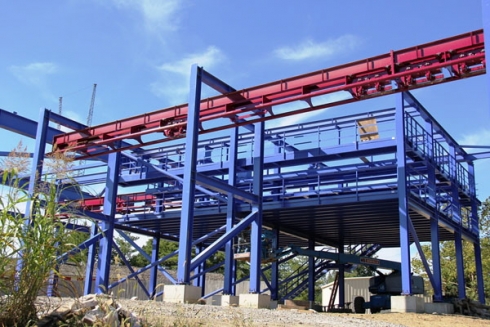 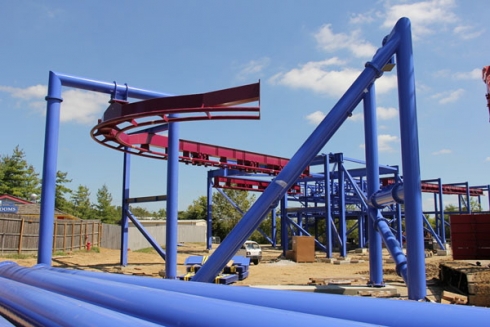 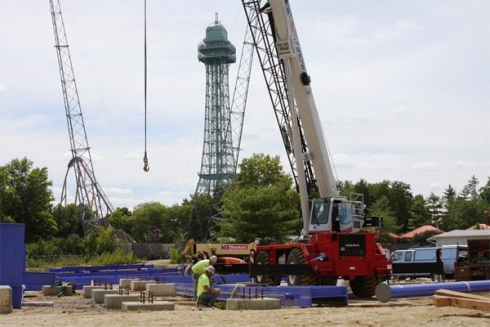 Banshee will also be the Kings Island's largest ever investment at $24 million, beating out 2009’s B&M hyper coaster Diamondback ($22 million), and previous owner Paramount's additions, Son of Beast and Tomb Raider: The Ride (now both defunct, neither lasting a full decade – and tragically so at $20 million a piece).

You can find out more about Kings Island's record-breaking addition by reading Theme Park Tourist's detailed preview of Banshee.