Alton Towers has released a new mobile application for iOS devices, with an Android version expected to follow shortly.

The offers section of the app offers limited-time discounts on food, merchandise and Fastrack queue-jumping tickets. Alton Towers installed free Wi-Fi throughout the resort last year, sparking speculation that such targeted offers were on the cards. Mobile reception at the park - located in a rural area - is generally patchy. 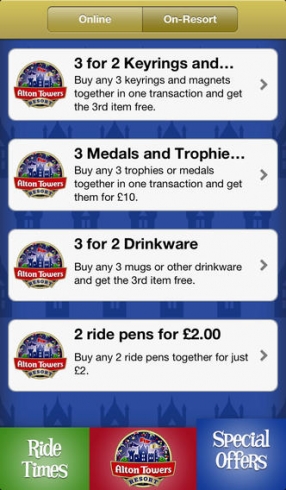 The queue times feature, meanwhile, allows guests to be notified when queue times reduce, enabling them to make a dash to their favourite ride. 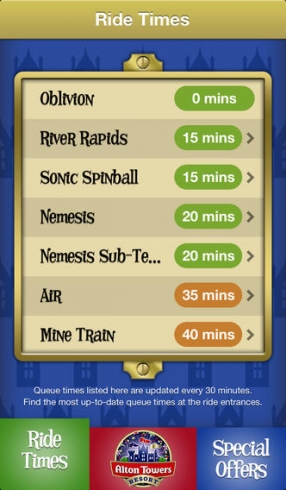 No Android version is currently available, but it is likely that one will be released imminently. The iOS version can be found in the iTunes App Store.