Drayton Manor will host a new film in its 4-D theatre during the 2013 season, with A Fish Story being shown in the 152-seat venue.

The musical animated film's plot focuses on Deepo, an orange Garbaldi fish, and Billy, a trainee at the aquarium who "magically" turns into a fish. Together, Garibaldi and Billy travel to the depths of the ocean, coming across a variety of lively creatures including dolphins, jellyfish, sharks and sea turtles. 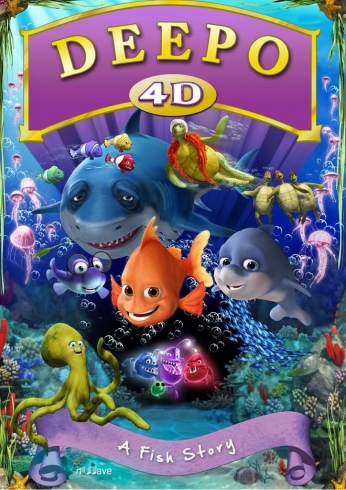 The 15-minute film has replaced The Little Prince 4-D, which was shown in the 4-D theatre during the 2012 season. Alongside the on-screen 3-D animation, the action will be synchronised with physical effects including moving chairs, water sprays and bursts of air.

Describing the park's latest 4-D installation, Drayton Manor's managing director Colin Bryan said: "A Fish Story is this year’s cinema event at Drayton Manor and it’s going to be a real treat for everyone who comes and visits the park."