The wooden coaster, which was formerly known as the Rattler and closed on August 5, 2012, is undergoing a a similar makeover to the Texas Giant at sister park Six Flags Over Texas. This will see it being converted into a wood-steel hybrid, featuring an "Iron Horse" track and a series of new elements.

The Iron Rattler's first drop is being increased in height from 124 feet to 171 feet, with riders set to plummet towards the ground at an 81-degree angle. At the base of the drop, they will hit a top speed of 70 miles per hour before racing through a series of four overbanked turns and a barrel roll inversion. 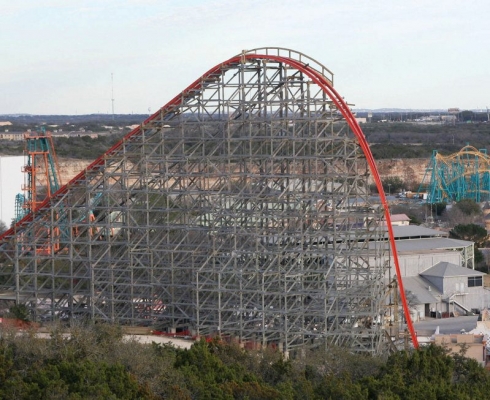 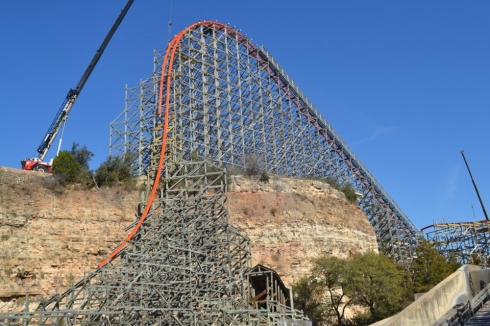 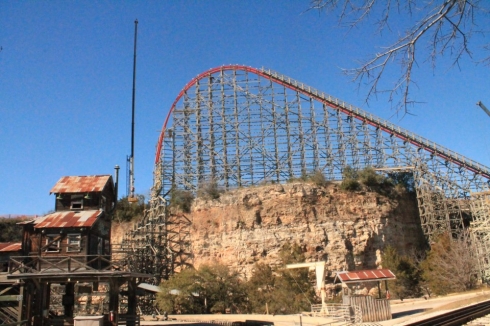 The Rattler was the tallest and fastest wooden roller coaster in the world when it opened in 1992, standing at some 179-feet-tall. Riders hit a top speed of 73 miles per hour at the base of its first drop, which was subsequently shortened by 42 feet. This reduced the speed to 65 miles per hour, with Six Flags Fiesta Texas aiming to address complaints that the ride was too intense.