Walt Disney World has launched an official teaser website for the Magic Kingdom's expanded New Fantasyland, ahead of the area's official debut on December 6, 2012.

The New Fantasyland website currently consists of little more than an interactive map, which offers some basic details on each of the attractions that will form part of the area. However, it promises that further information will be released soon, inviting guests to sign up for e-mail updates "to break the curse when the time draws near.” 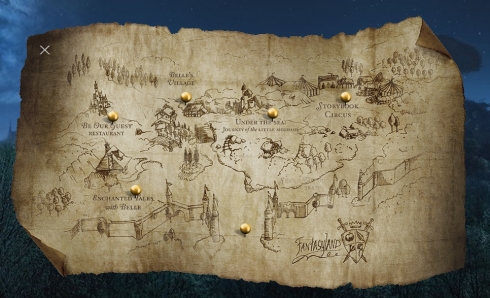 Although Disney is billing the December 6 date as the grand opening of New Fantasyland, it won't be fully completed until the debut of the Seven Dwarfs Mine Train roller coaster in 2014. Previews of the new attractions will begin on November 19, aimed at Cast Members, Disney Vacation Club members and Annual Passholders.