Busch Gardens Tampa has begun to tease details of its Howl-O-Scream 2012 Halloween events, which will feature the same "Dark Side of the Gardens" theme as last year.

The park posted an image of the "icon" for Howl-O-Scream 2012, which resembles a gatekeeper character, to the official Howl-O-Scream Facebook page. It also posted a second image showing a golden key, which looks set to form a key part of the backstory for Busch Gardens Tampa's Halloween celebrations. 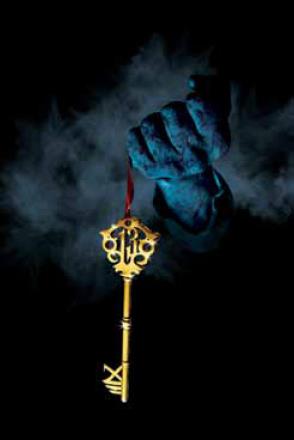 Over the past few weeks, Busch Gardens Tampa has posted a number of details of this year's Howl-O-Scream events to the Facebook page. Four haunted houses that have been seen at previous events are set to return, with two brand new attractions also due to form part of the line-up.

One of the two new mazes will be Blood Asylum, which will be based around an insane asylum. The asylum's most notorious patient, "The Creature", is a serial killer who skins his victims. Unfortunately, he has now escaped from a high-security cell and is terrorizing the institution.

The second new addition will be Circus of Superstition, which will play on common superstitions. A total of thirteen will be brought to life in the maze, with all of them likely to have grizzly results.

The Howl-O-Scream 2012 events will take place at Busch Gardens Tampa on select nights from September 21 through October 27.