Disney has released a series of new images of the Cars Land expansion at Disney California Adventure, which is rapidly approaching its June 15, 2012 opening date.

The company has posted a host of photos to the Disney Parks Blog, while a number of bloggers were also given a tour of the area earlier this week. The latest batch of images and video show off the recreation of Route 66 that will run through the heart of Cars Land, as well as the surrounding Radiator Springs town.

Inspired by Pixar's Cars movies, Cars Land is designed to celebrate the golden age of motoring in the US. Its version of the "Mother Road", along with a number of rides, restaurants and retail outlets can be seen in Disney's official photos below: 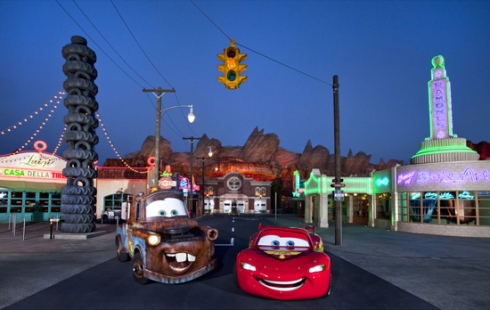 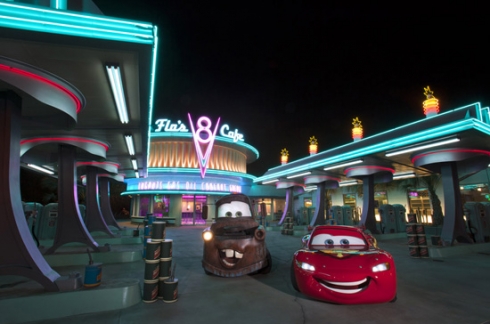 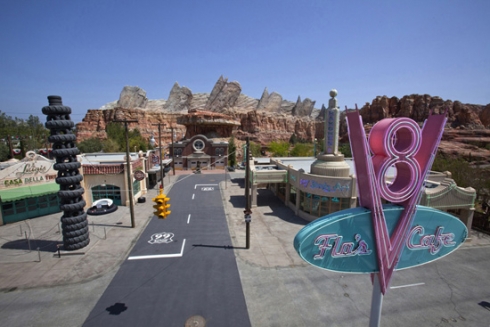 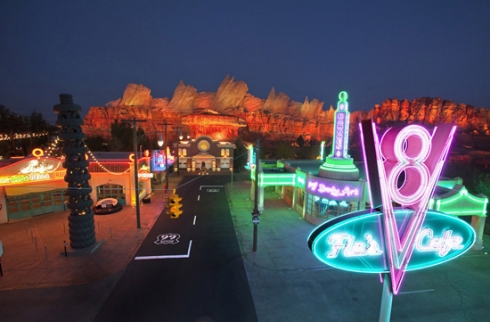 A drive-through video of Route 66 is embedded below, courtesy of Inside the Magic:

Cars Land will be dominated by the $200 million E-Ticket attraction Radiator Springs Racers. It will also host two smaller rides, Luigi's Flying Tires and Mater's Junkyard Jamboree. Each of the stores and restaurants will be themed around locations seen in the Cars movies, such as the Cozy Cone Motel.