SeaWorld Orlando has released new concept artwork for Antarctica - Empire of the Penguin, the innovative dark ride which will open at the park in 2013.

The attraction, which is being billed as "the world's coldest theme park ride", will use a trackless ride system similar that employed by Pooh's Hunny Hunt at Tokyo Disneyland. This will enable some elements to change each time a guest rides it, with SeaWorld Orlando promising that the Antarctica ride will offer a different experience every time. Guests will also be able to select one of several "thrill levels", with the 8-person vehicles behaving appropriately. 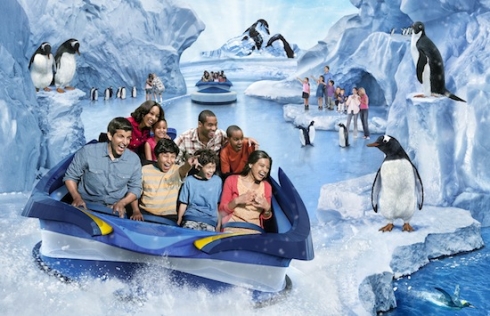 Antarctica - Empire of the Penguin's plot will revolve around a gentoo penguin, who will lead guests on a adventure through icy waters from a penguin's viewpoint. A new exhibit housing gentoo, rockhopper, adelie and king penguins will be housed alongside the attraction, with guests expected to pass through this at some point during the ride. This section will be the ride's record-breaking element, with temperatures expected to be in "the low 30 degrees". 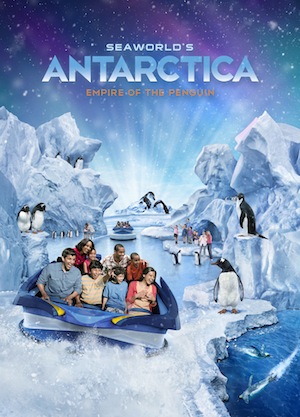 SeaWorld Orlando claims that Antarctica - Empire of the Penguin will be its "biggest ever attraction expansion", and is hoping to continue a recent upward trend in its attendance figures. The park will open TurtleTrek, a new turtle exhibit and 3-D movie, to replace its former Manatee Rescue attraction on April 27, 2012.