Buena Vista Street will open to the public on June 15, 2012, replacing the former Sunshine Plaza area. It will be designed to resemble 1920s and 1930s Los Angeles as Walt Disney would have found it when he moved to the city, and will feature a host of characters designed to bring it to life. 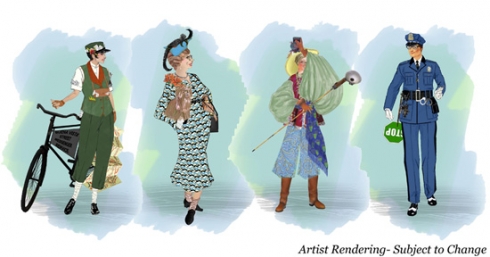 Among the cast will be the "Citizens of Buena Vista Street", who will interact with guests and with each other. Disney promises that the citizens will be "interesting and believable", helping to create an authentic, living history-style atmosphere. 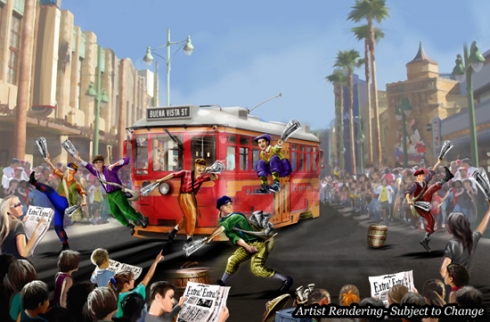 The Red Car Trolleys attraction, which will transport guests from Buena Vista Street to the newly-renamed Hollywood Land, will also receive its own characters. These will be the Red Car New Boys, who will perform songs from the 1920s and 1930s. 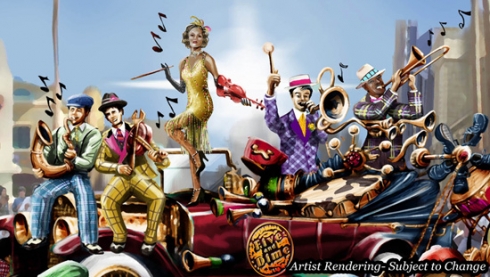 Finally, musical group Five & Dime will perform in front of the replica Carthay Circle Theater, which will be a central feature of Buena Vista Street. The group will be headed up by "Dime" herself, with the backstory being that they have travelled from Chicago seeking fame in Los Angeles.

Buena Vista Street's opening date will a major milestone in the history of Disney California Adventure. The Cars Land expansion will open on the same day, marking the completion of a $1.1 billion series of upgrades.