Six Flags New England has released design artwork for the new trains that will feature on the relocated Goliath roller coaster when it opens at the park in spring 2012.

Goliath was previously located at Six Flags Magic Mountain where it was known as Déjà Vu. The ride has been dismantled and is currently being rebuilt at Six Flags New England, where it will receive new trains with an all-new four-abreast seating layout. While the coaster itself was manufactured by Vekoma, the new trains are being built by Premier Rides. 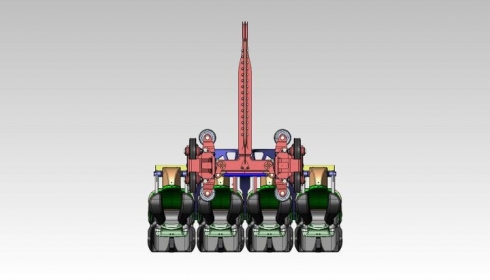 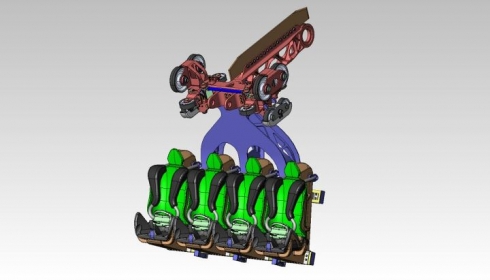 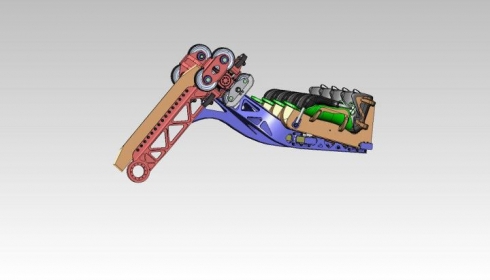 The new train design will allow Six Flags New England to increase the capacity of Goliath. The ride is a Vekoma Giant Inverted Boomerang rollercoaster, which sees riders being riders pulled backwards up a lift hill, plunging through several inversions following the first drop, and then repeating the course in reverse. This means that only a single train can operate at a time, unlike on many other coasters that feature multiple trains.