Construction work is well underway on Canada's Wonderland's new rollercoaster for 2012, Leviathan, with the ride's 306-feet-tall lift hill beginning to rise from the ground.

New photos of the coaster have been posted to the Canada's Wonderland Facebook page, and are embedded below. They show off the progress that has been made on Leviathan's lift hill, which will tower some 306 feet over the park. The work is due to be completed in time for the ride to open in May 2012.

Leviathan will become the tallest ride at Canada's Wonderland, reaching a top speed of 92 miles per hour following its 80 degree first drop. It will be the first Bolliger & Mabillard rollercoaster to break the 300 feet barrier, and will feature a lengthy circuit of 5,486 feet. Included in this will be a series of camelback hills with heights of up to 180 feet, as well as an overbanked hammerhead turn that will tilt at 115 degrees as it passes over the park's front gate. 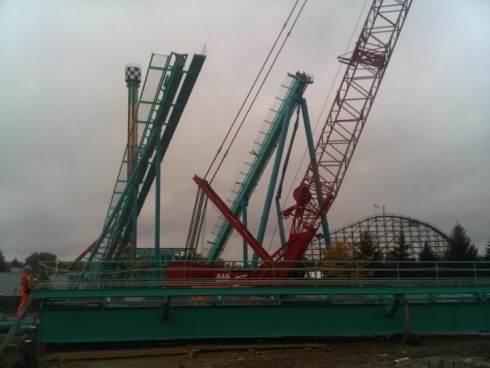 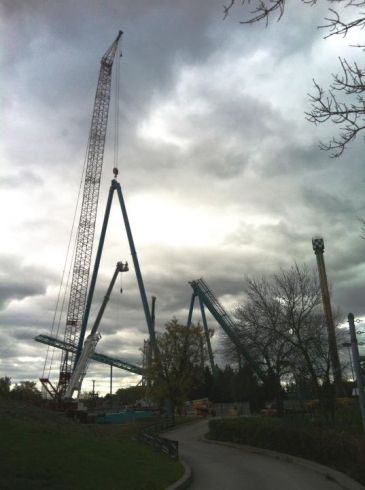 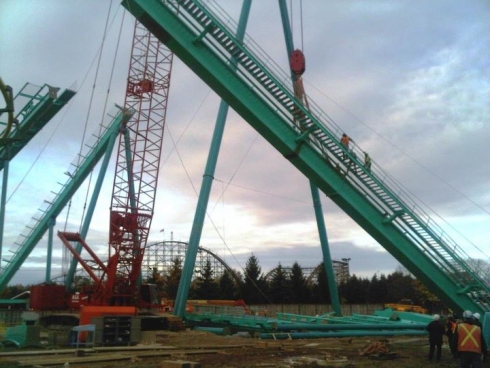 Sections of drop can be seen in addition to the lift hill. Image © Canada's Wonderland 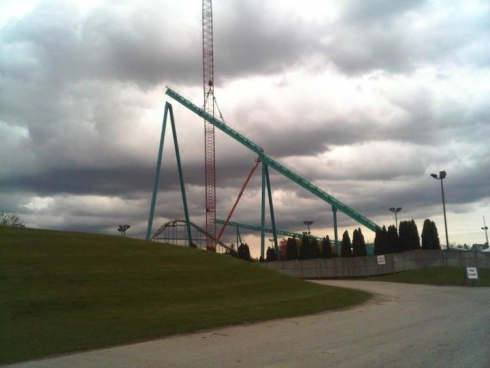 Leviathan will be visible from all over the park. Image © Canada's Wonderland

Leviathan will be Canada's Wonderland's 16th rollercoaster, placing it third in the "most coasters at a theme park" charts behind Six Flags Magic Mountain and sister park Cedar Point.