Alton Towers begins construction work on Nemesis: What Lies Beneath?

Alton Towers has begun construction work on its new ride for 2012, Nemesis: What Lies Beneath?

The indoor attraction will be located in the Forbidden Valley area of the park, close to the existing Nemesis rollercoaster. Construction walls have appeared surrounding the site, with the Lava Lump climbing wall that previously occupied it having now been removed.

No confirmed opening date has been given for Nemesis: What Lies Beneath, but Alton Towers is likely to be targeting the first day of the 2012 season in March. The park's planning application for the ride was recently submitted to the local authorities. 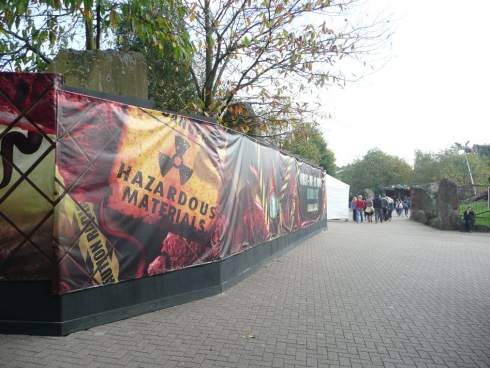 Guests in Forbidden Valley are currently greeted with huge banners for the new ride. 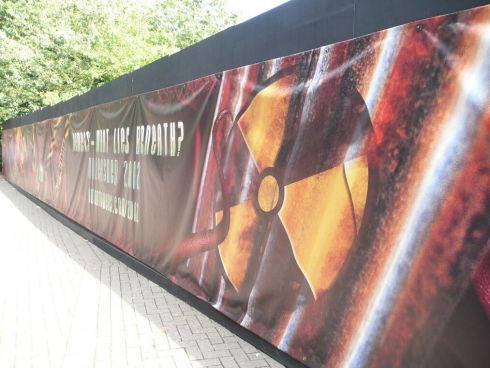 Nemesis: What Lies Beneath? is set to feature heavy industrial/military theming. 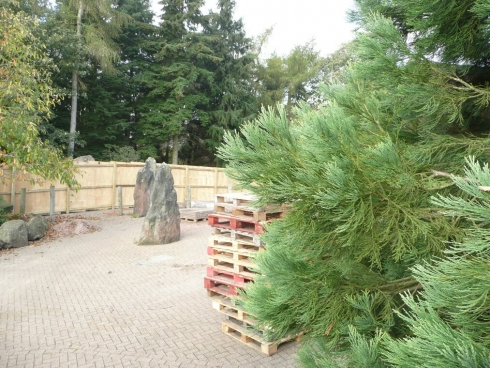 Little activity can be seen beyond the walls, but Lava Lump has been removed. 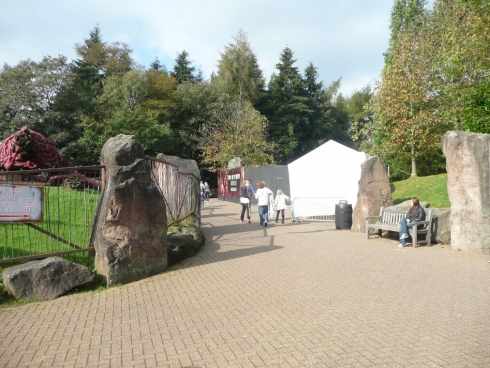 The new attraction is tucked away in the corner of Forbidden Valley.

Nemesis: What Lies Beneath? will see guests entering into underground "catacombs", where they are likely to meet the Nemesis alien itself. It will be housed in a large show building, which will feature a 6-metre deep basement. Manufacturer ABC Rides has confirmed that it is supplying the ride system, fueling rumours that a miniature drop tower similar to Extremis at The London Dungeon is on the cards.