New construction photographs have been released of Cars Land at Disney California Adventure, offering a behind-the-scenes glimpse of work on the highly-anticipated expansion.

The photos, posted by the Disney Parks Blog, show that work has progressed significantly ahead of Cars Land's debut in summer 2012. In particular, the mock Cadillac Mountain Range that will act as a backdrop for the Radiator Springs Racers ride now strongly resembles its expected final form. 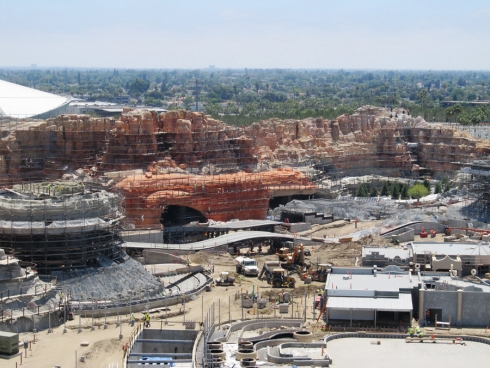 Further construction images of Radiator Springs Racers can be found on the Disney Parks Blog.