Walt Disney World has revealed new details of the planned Town Square Theater meet-and-greet location at the Magic Kingdom, where guests will be able to interact with "Magician Mickey".

Due to open in April, the Town Square Theater is located close to the Magic Kingdom's entrance on Main Street, USA. Guests will be able to head "backstage" to meet Magician Mickey in his rehearsal room, queuing through a lavish lobby area. Disney Princesses will also temporarily be housed in the theater while work continues on expanding the park's Fantasyland area.

The Disney Parks Blog has confirmed that Mickey Mouse will appear in a magician guise, as well as reporting furthed details of the Town Square Theater building. This will be themed as a turn-of-the-century small-town theater, in keeping with the overall theme of Main Street, USA. 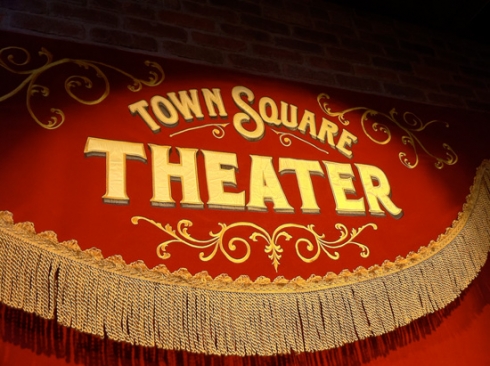 Guests enter the building through a lavish lobby, from which queues will branch off into various different character meet-and-greet areas. The lobby will be decorated with Victorian-style, gold-leaf trim and brass chandeliers, along with a tile mosaic floor that will feature the Town Square Theater logo. Also accessible from the loby will be the new Box Office Gifts merchandise shop and Tony's Town Square Restaurant. 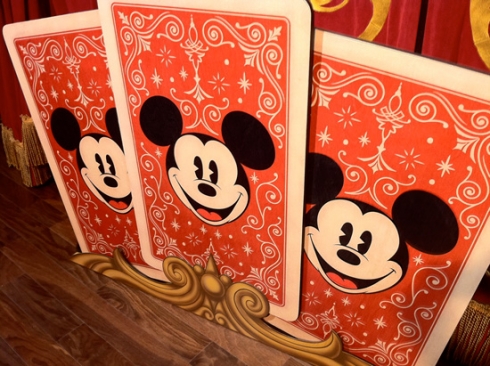 Moving beyond the lobby, guests will pass through an ornate arch in order to join the queue to meet Magician Mickey or the Princesses. The queue line will feature special interactive posters depicting Mickey's magic acts, based on the style of legendary magicians such as Houdini. The exact method that guests will use to interact with the posters has yet to be revealed. 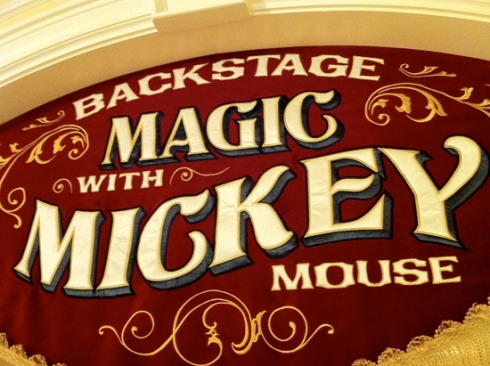 Mickey himself will greet guests "backstage" in the theater, in a rehearsal room lined with more posters, steamer trunks and stage props. It has yet to be confirmed whether Magician Mickey will be a standard "mute" Disney character, or whether the "talking Mickey" technology currently on trial at Disneyland could eventually come into use. 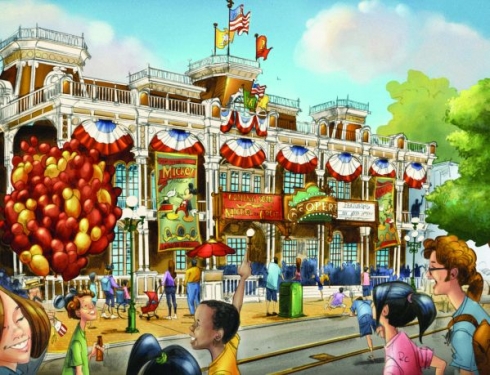 The new theater will be a major addition to the Magic Kingdom's Town Square.Image © Disney

Walt Disney World is to introduce the FASTPASS system for meet-and-greets at the Town Square Theater, enabling guests to skip the regular line. The move marks the first time that FASTPASS has been used for character encounters at a Disney park, with the system previously being restricted to rides and shows. As with other FASTPASS attractions, guests will be able to pick up a pass that will be stamped with a one-hour time window. They will then be able to return between the specified times to meet Mickey or the Princesses, without waiting in the "standby" line.

Until the opening of the Town Square Theater, guests can meet Mickey and Minnie in Tomorrowland, close to Space Mountain. The Disney Princesses can currently be seen at the Adventureland Veranda.