LEGOLAND Windsor is set to relocate the Dino Dipper attraction to the Knight's Kingdom area of the park, renaming it as Knight's Quest.

The Mack Old Train ride has been moved to make way for the addition of Atlantis Submarine Voyage in spring 2011. It will be moved from its previous location in Adventure Land to a new spot in front of the Dragon's Apprentice rollercoaster.

Dino Dipper originally opened in 2005, in a location opposite the planned Atlantis Submarine Voyage site. The ride is a "caterpillar"-style attraction that sees guests racing around an undulating circular track, and is likely to be rethemed as a result of its move. 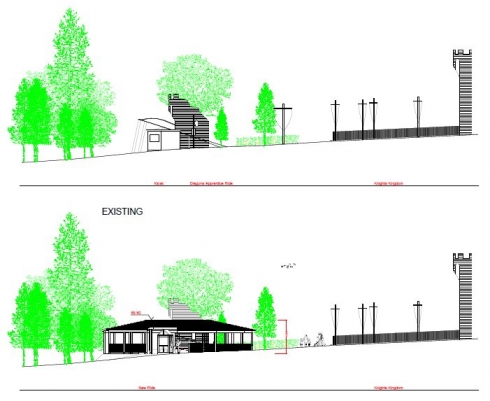 The new location for Dino Dipper is squarely in front of Dragon's Apprentice, as shown in plans submitted to the local council. As Completely Legoland Windsor reports, it will largely obscure the child-friendly coaster, which is the junior companion ride for the popular Dragon.

No reopening date has been confirmed for Knight's Quest. LEGOLAND Windsor's 2011 season gets underway on April 1, with a Annual Passholder preview weekend taking place a week earlier.