Drayton Manor will open its popular Thomas Land area and zoo during the February half-term, which runs from February 19-27, 2011.

All of the twelve attractions in Thomas Land will be in operation, including the Thomas the Tank Engine train ride. The rest of the theme park's rides will not be running, but the zoo will offer the chance for guests to see over a hundred animal species from around the world. The park will be open from 12pm-5pm daily during the school holiday, with discounts available on tickets booked online. 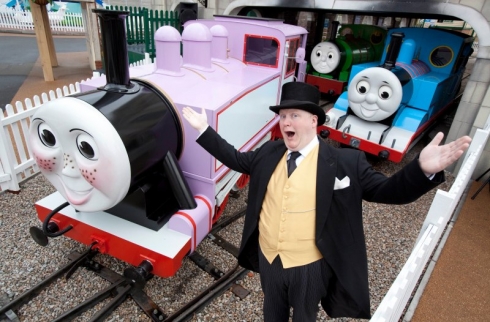 Kids will have the chance to meet Rosie and friends during half-term.

Drayton's Manor full season will begin on March 19, 2011, with the season running through to October 30. The park plans to open a new rollercoaster themed around the Ben 10 animated series at Easter time, although it won't be up-and-running in time for the season's start.

The Ben 10 rollercoaster will replace the Sombreros attraction, which was removed at the end of the 2010 season.