Disney has released further details of Star Tours: The Adventures Continue, revealing that the updated ride will feature no fewer than 54 different possible experiences.

The claim, reported by the Orange County Register, would mean that guests on the new Star Tours attraction would take a different "journey" almost every time they ride it. The new version is set to replace the original Star Tours ride at both Disneyland and Disney's Hollywood Studios in May 2011. 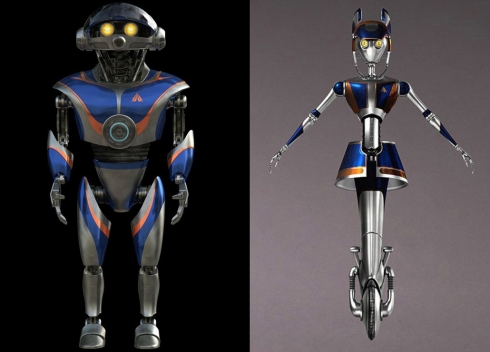 As well as aiming to increase the re-ride value of Star Tours: The Adventures Continue through the dynamic plotline, Disney is also introducing a host of new characters. These include Ace, a "Tour Droid" who will lead guests on their journey through the Star Wars universe, and Aly San San, a "Waitress Droid" who will act as a "spokesbot" for Star Tours.

The action in Star Tours: The Adventures Continue will take place in the period between the the "Star Wars" prequels and the original trilogy. As well as a fast-paced pod-racing sequence, the simulator ride will also see guests transported to Coruscant. The planet plays a key role in "Star Wars" galaxy, forming its physical center as well as acting as the capital of the evil Galactic Empire and the New Republic at different periods in the movies' timeline.

Star Tours closed at Disneyland on July 27, with Disney's Hollywood Studios' version closing on September 8. The updated version is expected to open in May 2011 at both parks, although Disney is yet to officially confirm this. No announcements have been made regarding the Star Tours attractions at Disneyland Paris and Tokyo Disneyland.