Flight of Fear At Kings Island

Flight of Fear (along with its identical twin at Kings Dominion in Virginia) was the first LIM-launched roller coaster in the world. Thematically, the ride places visitors in the position of press members who have been granted clearance into a mysterious government hanger where an alien spaceship is held.

The bulk of the ride itself is located in a massive show-building that contains dozens of colored gel lights which disorient riders after the 54 mile per hour launch. It contains four inversions (a cobra roll, a sidewinder, and a corkscrew). Following the success of the rides at Kings Island and Kings Dominion, Six Flags purchased two clones which operate outdoors as Poltergeist at Six Flags Fiesta Texas and Joker's Jinx at Six Flags America.

Photos of Flight of Fear 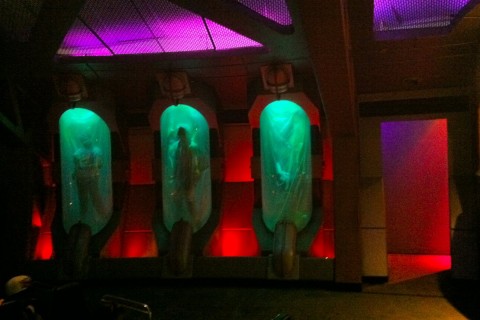 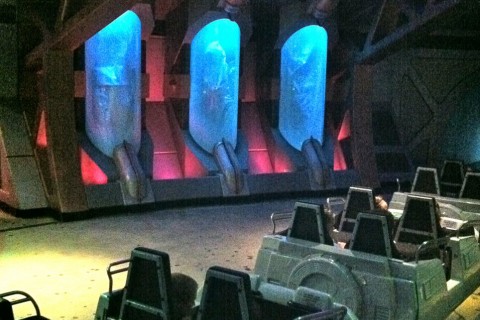 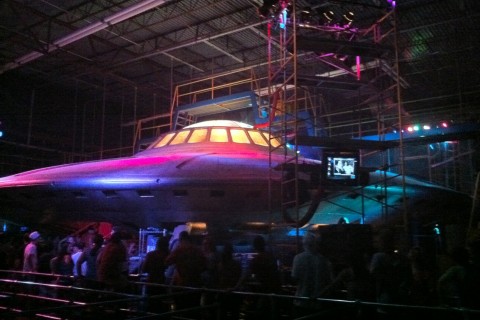 See all photos of Flight of Fear

Reviews of Flight of Fear

A an overall great ride but has 'some' minor issus

Submitted by Anonymous (not verified) on Saturday, October 12, 2013.

Flight of Fear is an indoor launching steel roller coaster that launches from 0 to 54 mph in just 4 seconds, sending you in the dark through a large 'cobra roll', a sidewinder loop, many tight twists and turns, and an exciting corkscrew loop finale. All while maxing out 4.5 G's and traveling through 2,705 ft of twisted steel track...

- Ride is nearly in complete darkness, making what's going to happen next unpredictable

- Quite forceful, especially in the very front

- The twisting section of the ride is my favorite part

- Lots of 'near misses' with the supports

- For a steel coaster, certainly not one of the smoothest ones (very jerky, especially during the first 3 inversions during the beginning)

- Seats are a little hard to get in and out of, especially if you're on the taller or larger side

- Ride has a very low hourly capacity (Lines move really slow, as trains don't dispatch very often and they only hold a max. of 20 riders each)

Whatever you do, knock this ride out first thing in the morning. You do not want to ride it when the line is long, it will take forever!