Aboard hollowed-out logs, riders pass animatronic scenes depicting the Walt Disney film Song of the South, traveling along with Brer Rabbit as he outwits Brer Fox and Brer Bear. The finale is a five story watery drop into a briar patch. 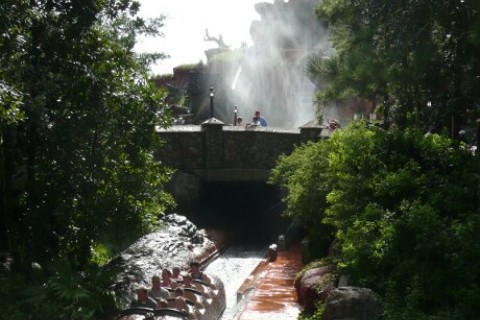 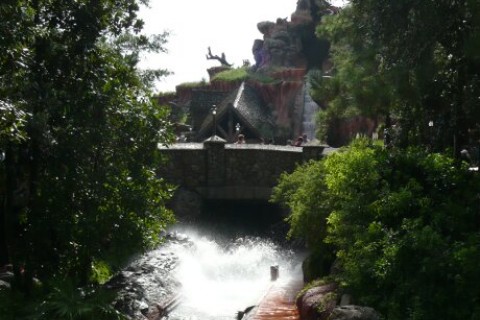 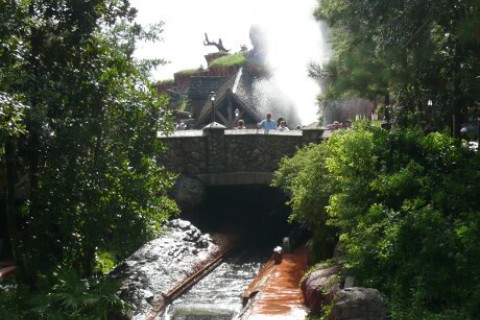 See all photos of Splash Mountain

Disney in the 1980s needed a log flume ride and they could've just put in a basic one with a basic theme; however, they decided to turn to Song of the South. The ride instead features a story, numerous animatronics, one of the greatest soundtracks of any Disney ride and a fair amount of thrills. It may be nearly 30 years old but Splash Mountain is still in the 5 greatest rides that Disney has ever created.

The Best Ride at Magic Kingdom

There's a certain magic to this version of Magic Kingdom, especially at night. The music, animatronics, and sets just work together extremely well. It needs some refurbishment work desperately, but it seems to be getting that work. I really do just love it.

Good, but novelty has worn off

This used to be the main ride that we as a family went on in Magic Kingdom for the past few holidays. It was the main reason for visiting MK, but since about 2003, it has slowly declined to being a ride we go on simply because it's there.

Splash Mountain, is without doubt one of the better log flumes I've ever been on. The journey and story (like all Disney rides) is well thought and themed superbly. The mountain itself is still a major photo opportunity. But the ride has lost its novelty over the years, probably because we've done it lots now, and the Brer-Rabbit story isn't very familiar to us. That isn't the fault of the ride or Disney, it's just I've outgrown it, and prefer rides that still produce a wow factor.

Also it seems as though Disney don't do a massive amount to keep it clean, fresh or updated. The animatronics sometimes don't work and the music is sometimes fairly muffled. But the overall experience is good fun still. Just a shame I have gotten older and appreciate it less.

Splash Mountain - Have Yourself a Zippity Doo Dah Day!

I always have to hand it to the folks at Disney: for the most part, they almost always create some fantastic-looking and wonderfully themed attractions, even if the actual ride itself isn't all that much. Case in point: the Magic Kingdom's Splash Mountain. This large, man-made mountain looks absolutely real, thanks to the Disney imagineers and the pain-staking detail they put into the design of this attraction.

Based on the old Disney cartoon film "The Song of the South", Splash Mountain takes its riders on a journey with Brer-Rabbit, a fun-loving bunny who's always out trying to see what fun he can get himself into. His enemies, Brer-Bear and Brer-Fox, however, are likewise always on the lookout for ways to make a snack out of him. Your boat, or log, twists and winds its way through the 5-story hollowed out mountain as you follow the story from one animatronic-character filled scene to the next, not knowing until the end whether Brer-Rabbit lives to enjoy life another day or becomes the furry snack for Brer-Fox.

To take a simple glance at the attraction, it's basically your run-of-the-mill log flume ride with its lifts, small hills, and myriads of twists and turns leading up to the inevitable final big drop (a five story plunge - 47 degree angle at 40 mph - that looks, from passersby, like you're heading straight into the prickly Briar Patch). Considering that this is a Walt Disney World attraction we're talking about, you add more to the picture: each picturesque scene you pass by is filled with various animatronic figures, colorful scenery, and happy songs that stick in your head for hours after the ride is over.

For a large number of people, Splash Mountain is their favorite attraction in the Magic Kingdom and even in all of Walt Disney World. I really can't say that I would agree with that feeling. I think that SM is one of the better rides Disney has to offer, but as mentioned earlier, it can be looked at as a simple ride with great theming and that's how I see it. The ride itself isn't much as you poke along slowly through the mountain, and even the final drop isn't all that thrilling, at least to me. Being someone not much for water-aided attractions anyway, one of the best aspects of this ride for me is that for the most part, you hardly get more than a few sprinkles on you after that final plunge.

As far as anything that's on the negative side about this ride, I do have one or two things that kind of bug me: (1) the logs that you ride in, the past few times I've ridden, they smell very mildewy or musty like they're not cleaned or taken care of as often as they should and the smell is kind of bothersome, and (2) a number of times I've ridden, there are always some animatronics that either aren't working at all, or maybe their mouth moves and that's about it. Things like the animatronics not being 100% happen, I understand, but the Disney should take care to do something about that mildew smell.

But, when you have songs like "Zip a Dee Doo Dah" and whatever that one is that keeps playing throughout the main portion of the ride, around you and sticking with you, you do walk away feeling a bit happier for having ridden. I can't share the enthusiasm for this ride that most others have, but I really can recommend it. If you're the type who enjoys the Disney theme and magic to their attractions, you'll most definitely enjoy Splash Mountain.

How to keep dry on Splash Mountain

Splash Mountain is a great log-flume ride, complete with many animated disney characters which youngsters will enjoy, and ending with a 50 foot drop. We went on this 4 times and stayed mostly dry when sat at the rear of the logs, but had a drenching when sitting in the front row. The queues were long so a good idea to use Fastpass