After 26 years, Bubbloworks is NOW CLOSED. Indoor water rides are something of a rarity in the UK, and Chessington’s Bubbleworks was one of the leading examples. Originally opened as Professor Burp’s Bubbleworks in 1990, it took guests on a scenic tour of a “bubble factory”.

After queueing through indoor and outdoor sections, guests boarded circular boats and floated around a series of scenes. These show “Bubbleworkers” hard at work, with comical elements such as floating cows playing a major role. While guests did not get very wet, a short 15-feet drop and a section in which fountains “leap” over the boats could cause some minor dampness.

The original version of the ride was based around a fizzy drinks factory, with an initial design based on a brewery having been dropped at an early stage. It was updated in 2006 following a sponsorship deal with soap-maker Imperial Leather, although this has since expired. 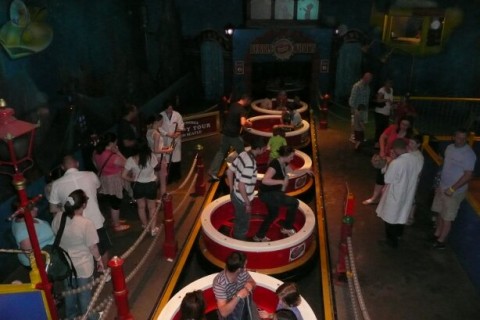 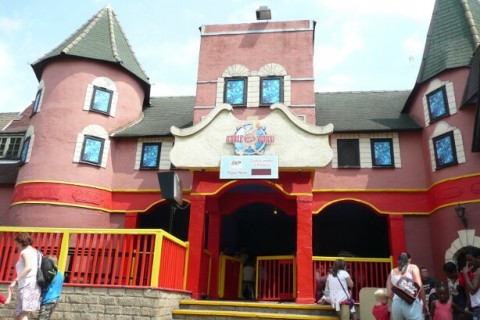 Sorry, there are currently no reviews for Bubbleworks - NOW CLOSED .