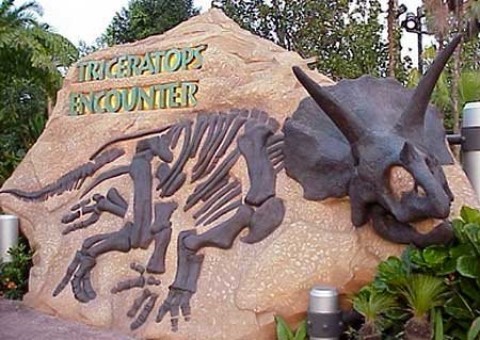 Velocicoaster roared into Islands of Adventure with a successful opening and has easily become one of the park’s must-do attractions since its opening in summer of 2021. This monstrous rollercoaster is every thrill seeker’s dream–almost entirely the opposite of the much more relaxed attraction that once stood in its place.

Jurassic Park’s theatrical release in 1993 took the world by storm by igniting the imaginations of children (and adults, too!) worldwide, and Universal was not oblivious to its appeal. Having worked with Steven Spielberg before on attractions such as ET Adventure and Jaws, Universal was eager to incorporate his newest work in the Hollywood and Orlando theme parks.

At the time, Universal was preparing a second theme park in Orlando. This second park was originally dubbed Cartoon World, and would feature specific areas inspired by beloved cartoons and comics, but due to some issues obtaining the required rights, this idea was eventually changed and gave rise to the Islands of Adventure of today. Jurassic Park would receive its own themed island complete with restaurants and attractions to immerse guests into the prehistoric park. Both the Discovery Center and River Adventure remain in the park to this day, but another attraction was introduced in the late 90s that unfortunately would not enjoy as long of a lifespan. This attraction, originally called the Triceratops Encounter, was a walk through attraction that allowed guests an up close and personal experience with a “real” sick dinosaur.

Three elaborate animatronic triceratops were created for this attraction. The machinery itself was created by Spa Aerospace while the exterior “skin” was designed by Hall Train Studio who later worked with Universal again to create the singing toad choir for the Wizarding World of Harry Potter. The primary triceratops that guests would interact with weighed approximately eight tons, and was greatly ahead of its time in terms of realism. The animatronic was capable of advanced behaviors and was able to sneeze, cough, and even urinate if the specific encounter required it. The eyes were equipped with multiple motors to allow a wide variety of movement including dilation and retraction after blinking.

Unfortunately the attraction was often closed due to the frequent maintenance the complex animatronic needed, and demand for the attraction was quite low due to its rather obscured entry and lengthy run time, as well as the triceratops occasionally breaking down mid-interaction.

The attraction operated seasonally throughout the early 2000s under the name Triceratops Discovery Trail. It occasionally saw usage during the few Halloween Horror Nights that were held on the Islands of Adventure side of the park. It 2005, it closed due to lack of attendance and costly upkeep, and did not reopen until 2010. The Triceratops Discovery Trail again reopened several times throughout 2010 and 2011 to gauge public interest, but was ultimately deemed too expensive and not worth the cost of maintenance to keep it up and running. The attraction closed permanently in 2011 and was left completely abandoned.

In 2018, permits for the removal of the attraction were filed, and for a time guests could purchase some of the props and remnants of the attraction from the Williams of Hollywood Prop Shop located in the Hollywood section of Universal Studios Orlando (I will always lament not purchasing that $100 empty bag of triceratops food when I had the opportunity during one of my visits). 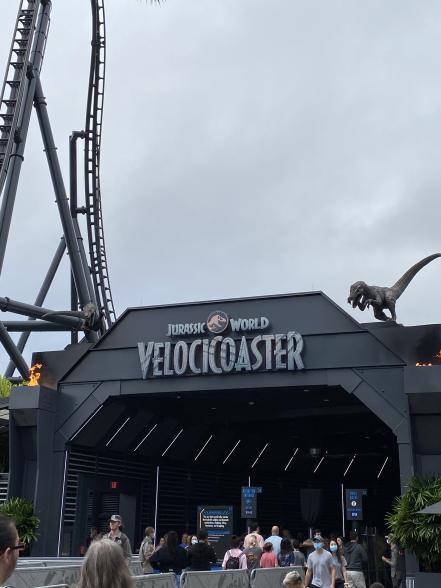 Today, the area that once housed the ill triceratops has been replaced by the impressive Velocicoaster. Though the removal of a once impressive attraction may dishearten some theme park fans, the change to the island is bittersweet–Though guests no longer have the opportunity to interact with an animatronic triceratops, Velocicoaster keeps the magic of Jurassic Park alive for the next generation.

For fans still seeking an up close interaction with a dinosaur, the nearby Raptor Encounter now occupies some of the former trail and offers an excellent photo opportunity for families.