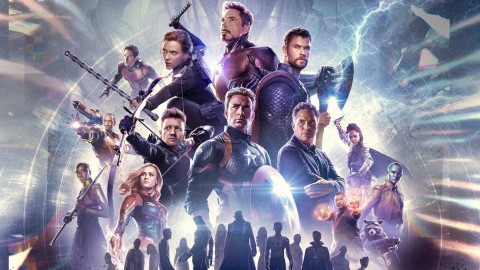 The Disney theme park resorts aren't all about Star Wars, though in recent years, it would certainly seem like they are. With themed land Star Wars: Galaxy's Edge at Disneyland Resort California and Walt Disney World, as well as the all-new Star Wars: Galactic Starcruiser at the latter resort, it feels like the faraway galaxy is taking over.

And while this isn't a bad thing (because who doesn't love Star Wars!), as the old saying goes, variety is the spice of life, and despite a strange absence at many Disney Parks over the years, it looks like Marvel is finally making a name for itself - especially at Disneyland Paris Resort.

Last summer saw the unveiling of Disney's Hotel New York - The Art of Marvel. While the hotel has been standing for 30 years, in 2021, the hotel underwent a massive overhaul, in which it was reimagined with a Marvel makeover in its entirety, with decor that now enjoys a harmonious fusion of both Marvel and contemporary Manhattan themes.

The 4-star premium hotel boasts over 350 pieces of stunning Marvel artwork from 110 international artists, many of which adorn the grand and lavish lobby, which is also home to three Hollywood-quality Iron Man suits, displayed side by side in a large glass cabinet near reception, near which you'll also find the New York Boutique and the Empire States Lounge.

The New York-style hotel has more than just artwork and merchandise, though - inside, you'll find saunas and steam rooms, a gym, as well as heated indoor and outdoor pools. Its restaurants and bars are also lavish, some of which offer up a few neat little Marvel Easter eggs (one of them being Spider-Man himself, outside the window, no less!).

The rooms are also pretty impressive, each one offers an extension of the unique artwork you'll find at every turn throughout the hotel. There are three different types of rooms: Empire State Club Rooms, Marvel-themed Suites, and The Art of Marvel Presidential Suites. Needless to say, even the Empire State Club Rooms don't come cheap (though infinitely more affordable, of course, than Star Wars: Galactic Starcruiser).

If you're a stranger to Disneyland Paris, and therefore wondering where the hotel is located, it's actually pretty hard to miss. It's the closest hotel to the park (not including the Disneyland Hotel, which is literally on the doorstep of Disneyland Park itself), and is situated along the lake, directly opposite Disney's Newport Bay Club, just around the corner from Disney Village, en route to the other hotels on the resort.

Three giant Marvel statues (which you'll definitely want to purchase and somehow take home with you) also serve as a trail of breadcrumbs of sorts, with Black Panther, Iron Man, and Captain Marvel, more or less pointing the way.

But if you thought the Marvel side of things at Disneyland Paris was limited only to Disney's Hotel New York - The Art of Marvel, then you thought wrong, because from this summer, you'll be able to enjoy the all-new Avengers Campus, which is currently under construction at Walt Studio Disney Park...

well so much for a good coaster... Iron Man is the worst character and it will only ruin the experience of that ride... any other character would be better