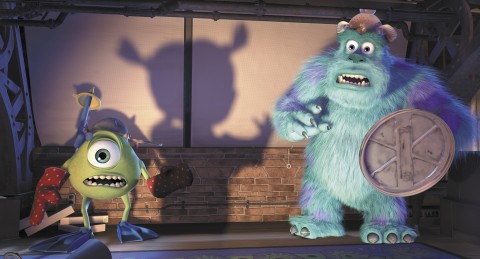 The Haunted Mansion ride is one of the oldest and most beloved attractions you'll find at Walt Disney World. For over 50 years, the dark, slow-moving ride has allowed guests to enter the world of the undead at the eerie estate located in Magic Kingdom's Liberty Square, where Doom Buggies wait to take them through bewitched ballrooms, petrifying passageways, chilling chambers, and coffin-filled corridors!

Blending audio-animatronic technology with age-old special effects, Haunted Mansion strikes the perfect balance as a ride that sits on the border between our world and the spiritual realm. But Haunted Mansion isn't exclusive to Walt Disney World - variations of the ride (Phantom Manor and Mystic Manor) can also be found at the California, Paris, Tokyo, and Hong Kong Disneyland resorts.

But we're not here to talk strictly about the attraction - as you'll probably remember, there was a 2003 movie of the same name which starred Eddie Murphy. While the film was a bit of a disaster both critically and financially, that didn't stop Disney from 'refurbishing' Haunted Mansion to suit an existing Disney IP - the Muppets! But we're not convinced Disney intends to stop there on the content side of things.

The short feature Muppets Haunted Mansion was released on Disney+ in 2021, and stars Kermit, Fozzy Bear, Gonzo, Miss Piggy, and the rest of the gang. But it's left us wondering: if Disney changed Haunted Mansion to another IP, what could it be? Well, we've already combed through the Disney library for the most suitable properties, and we've picked four which we think would be perfect.

So here are four Disney IPs that would serve as excellent themes at the Haunted House, whether it's the attraction itself, or as a Disney+ special!

Starting with what is perhaps the most obvious 'next-in-line' property, Hocus Pocus (1993) has become something of a cult classic over the decades. It stars Bette Midler, Sarah Jessica Parker, and Kathy Najimy, as the evil Sanderson sisters, who require the souls of children to retain their youth! Sure, it's certainly no masterpiece, but it's still a fun family movie to watch at Halloween, which makes it perfect for the Haunted Mansion! After all, it has witches, talking cats, less-talkative zombies, and all sorts of other spooky things.

But seeing as there's a sequel in the works, on this occasion, we'd love to see the ride itself given a Hocus Pocus makeover. By day, the film has a warm and autumnal aesthetic, and by night, it's broomsticks, shiver-inducing cemeteries, and equally-creepy crypts! They're the perfect ingredients for the Haunted Mansion, and who wouldn't want to see the ballroom transformed into the Sanderson sisters' lair, with a caged prisoner dangling over their bubbling cauldron?! It's the kind of ride that would definitely put a spell on you!

We know what you're probably thinking - Monsters, Inc. (2001) is far too colorful to be applied to the Haunted Mansion, and perhaps not even remotely scary. But then Haunted Mansion isn't necessarily scary, either - it's easily one of the most 'accessible' dark rides you'll find at Disney World (while the likes of Pirates of the Caribbean is strangely unsettling). And besides, you only need to look at Monsters, Inc.-themed attractions such as Disneyland California's Monsters, Inc. Mike & Sulley to the Rescue to see just how rich Monstropolis is.

Personally, we'd love to see the attraction given a Monsters, Inc. makeover, because we've seen plenty of Mike and Sulley on the screen in recent times with Monsters At Work on Disney+. A Monsters, Inc.-themed Haunted Mansion would make for some great fun, and perhaps from a narrative perspective, it could take place long before Mike and Sulley ever discover that laughter was more powerful than scares, and as such, are relying on the Haunted Mansion for a massive energy-boost from its younger guests!

The Nightmare Before Christmas (1993) might just be the most suitable IP on this list, largely because it boasts the most gothic visuals of all. The stop-motion animation film has long since become both a Christmas classic and a Halloween classic, which is no surprise considering it follows Jack Skellington, the King of Pumpkin Town, who intends to rule Christmas Town after discovering a doorway between the two worlds.

And seeing the King of Pumpkin Town take over the Haunted Mansion would make for some interesting visuals, especially if told through the traditional stop-motion medium. But we can't speculate as to what a Nightmare Before Christmas-themed Haunted Mansion attraction would be like, because we've already seen one, in the form of Haunted Mansion Holiday (Disneyland California and Tokyo Disneyland), in which the ride is kitted out in its entirety! As such, this makes the IP the biggest qualifier for its own short film set at the ethereal estate!

Buffy the Vampire Slayer (1997 - 2003) isn't something you'd necessarily associate with Disney, even if the House of Mouse has inherited the popular '90s-born IP through the Fox acquisition. But you can find all seven seasons of the teen drama/horror show on Disney+, along with its spin-off series Angel (1999 - 2004). In fact, Disney Hyperion recently published a brand-new Buffy novel, in the form of "In Every Generation". But could the show be applied to the Haunted Mansion? And if so, would it best work in the park or on the screen?

We happen to believe that a Buffy the Vampire Slayer/Haunted Mansion hybrid would be best suited to Disney+ as a small feature, not unlike Muppets Haunted Mansion. The question is, how could this be done? A reunion-style one-off (whether it's live-action or CG-animated), in which the 'Scooby Gang' investigate the spooky estate with actors such as Sarah Michelle Gellar and David Boreanaz reprising their roles? Sounds perfect! And as for the ride itself, who needs Haunted Mansion when you have Sunnydale High and its nearby vampire-inhabited cemetery?!