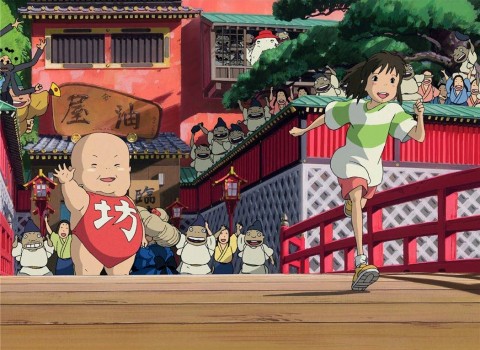 It was only a matter of time before the works of Studio Ghibli were given the green light for a theme park adaptation. A number of critically acclaimed (and some award-winning) films populate an impressive roster - however, among the more notable entries are Kiki’s Delivery Service, Princess Mononoke, My Neighbor Totoro, Howl’s Moving Castle and Spirited Away. And, perhaps to no surprise, it’s these five that appear to be getting the most attention at Japan’s upcoming ‘Studio Ghibli Theme Park’, which is set to open in 2022 at the Aichi Earth Expo Memorial Park in Nakagute City. Undoubtedly, other titles will enjoy the spotlight at the resort too, but let’s take a look at the most popular and how each of their themed lands are taking shape.

It has been confirmed that there will be five themed areas at the theme park, each of them inspired by a film from Studio Ghibli’s extensive library, though apparently there will be ‘crossovers’ or ‘overlaps’, meaning that a themed land won’t just be restricted to the film upon which it’s based, borrowing elements from others, whether it’s one of the main five or another. One of these areas will be added a year after opening and will be called “Valley of Witches”, based on Kiki’s Delivery Service, and will also take some inspiration from Howl’s Moving Castle (a film that’s also getting its own land). Released in 1989, Kiki’s Delivery Service sees young broomstick-straddling witch Kiki and her talking black cat Jiji leave home to start a new life (we agree that it sounds a lot like Sabrina the Teenage Witch, but it’s highly recommended!). The film takes place in bustling port city Koriko, so it’s possible the themed land will replicate this setting, but Valley of the Witches sounds like it belongs in more natural surroundings - something the new theme park is said to be heavily focused on.

“Princess Mononoke Village” is the name that will be given to the themed land inspired by the 1997 film set in 14th century Japan, in which a peace between humans, animals and gods comes under threat. The film takes place in a forest setting, and though all we know about the themed land so far is that it will include the film’s ‘Irontown’, which has also been revealed through some concept art that depicts the mountainside village bordered by a wooded fence and surrounded by thick forest, we do know that the Studio Ghibli Theme Park as a whole will showcase a lot of natural elements, which are a trademark feature in many of the films. However, like Valley of the Witches, this area won’t open until 2023 either.

The 1988 film My Neighbor Totoro centers around two young girls who befriend spirits in the nearby forest, including Totoro, a large grey, cat-looking creature who you will probably recognize from pretty much everywhere (he even makes an appearance in Toy Story 4). The Studio Ghibli-themed resort’s “Dondoko Forest” will be based on the hugely popular movie. Very little is known about this themed land, though it’s said that an existing replica of the house from the movie wa readily built at the at the Aichi Earth Expo Memorial Park for an Expo in 2005 and will be utilized for the new resort.

The 2004 film Howl’s Moving Castle follows a young girl named Sophie who is transformed into an old lady by a witch, and in order to break the curse must enlist the help of wizard Howl, who lives in a giant moving, insect-like castle. To no surprise, the Studio Ghibli theme park will indeed include the park-worthy structure, which has even been confirmed in an image that was released, and is said to be around five stories in height. However, it would appear that “Hill of Youth”, the Howl’s Moving Castle-themed land, won’t feature the castle – instead, it will appear in Valley of Witches, the land dedicated largely to Kiki’s Delivery Service. And, just like Valley of Witches is set to incorporate Howl’s Moving Castle, it’s rumored that Hill of Youth will include elements from the romantic musical film Whispers of the Heart.

“Ghibli’s Grand Warehouse” will be dedicated to award-winning 2001 film Spirited Away, and just like the other themed lands, will include stores, exhibitions and dining areas. In the film, sullen young girl Chihiro stumbles upon an old, abandoned theme park in the countryside which suddenly comes to life and is populated by otherworldly beings. Unable to leave and return to her parents, she must work in a bathhouse, whose clientele includes spirits of all shapes and sizes. Given that the film is set in a theme park, it’s possible the themed land will mirror some of these aesthetics. However, Ghibli’s Grand Warehouse doesn’t sound very theme park-like, so it will likely be more exhibition in nature, which is probably the best way to showcase what is arguably Studio Ghibli’s best film.

Studio Ghibli fans who might be expecting a land filled with thrilling attractions such as roller coasters and dark rides might be disappointed, as it would appear that the theme park resort is set to be focused largely on aesthetics while bringing the animation from the films to life in a whole new way. Themes of witches, magic and nature also appear to be consistent throughout many of the themed lands, making it clear that the developers have carefully hand-picked the films they wish to showcase. It might be a while until the Studio Ghibli-themed resort opens, but in the meantime, you are free immerse yourself into the weird, wonderful and whimsical world of these gorgeous Japanese creations on Netflix (or HBO Max in the US).