"WTF" Coaster of the Month - Eejanaika 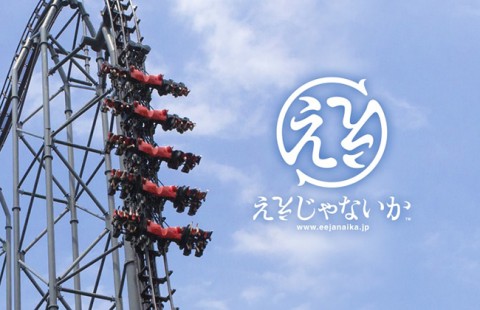 This month's WTF Coaster of the Month isn’t exactly a hidden gem. This ride is not underrated and certainly not unknown. Regardless, Fuji-Q Highland’s 4th Dimension coaster Eejanaika is certainly a head scratcher and stomach turner.

Eejanaika, named after a phrase loosely translated from Japanese to “ain’t it great,” is certainly...great. 4th Dimension coasters are few and far between -- there are only three of these creations in the world: one in America, one in China, and one in Japan -- and for good reason. These coasters are complicated, complex, and difficult to maintain. 4th Dimension coasters have a lot of moving parts, the rider being one of them. Though 4th Dimension coasters may appear similar in style to a Bolliger and Mabillard Wing Coaster (like Gatekeeper at Cedar Point or Thunderbird at Holiday World), they are far more intense. Here's why: while both Wing Coasters and 4th Dimension coasters suspend riders on either side of the track, 4th Dimension coasters feature seating mechanisms that spin independently from the ride. This means that, while navigating the already thrilling layout of this coaster, riders lurch and sway with the movements of the ride, making for a deliriously dizzying experience.

While the "official" holder of the record for the most inversions on a coaster in the world is quite famously The Smiler at Alton Towers (which is a "WTF" Coaster in its own right) with 14 inversions, X2 technically ties with 14 inversions. The problem? Only three of those are official inversions, AKA, track-based inversions you'd see on a standard coaster. The rest come from the seats' independent spinning, which is technically controlled, contrary to the heavily-cloned Intamin ZacSpin and S&S Free Spin models, which can spin differently on each ride.

The lift hill on Eejanaika, for example, brings riders to the apex with their backs faced toward the station. This means riders haven't a clue of how close they are to the drop. Then, the seats shift, and the meticulously-designed trains force riders to plummet straight down, faces pointed at the descent. Then, just as riders think they may collide with the concrete below, the train's seats rotate toward the ground to face the sky once more as Eejanaika traverses its now-iconic Raven Turn.

Alan Schilke, one of the most prominent minds behind behemoth coaster empire Rocky Mountain Construction, designed this coaster in the mid-aughts after designing a very similar coaster stateside. X2, another 4th Dimension coaster semi-infamous as the nail in Arrow Dynamic’s proverbial coffin, was the predecessor to Eejanaika in design and theory, fixing every kink and complaint for the Japanese park.

This ride's location doesn't hurt either, facing off Mount Fuji as if in a battle of bravado. If you ever make it out to Fuji-Q Highland, be sure to check out this iconic "WTF" Coaster.