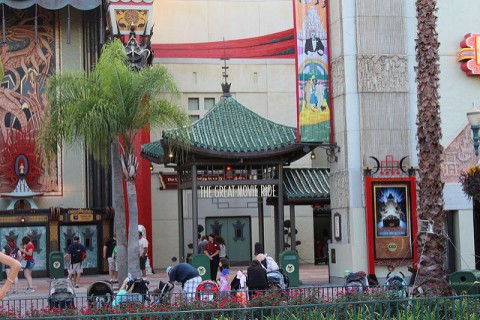 Every ride at Walt Disney World posts an estimated wait time for its queue. Most guests take a glance at that number and base their next choice off how large it is. If it’s pleasantly small they’ll hop in line, but when that number creeps too high they tend to move on. While wait times are certainly a valuable bit of information, it’s important to understand that they’re only a guess based on an imperfect system. There are several factors that can cause your actual wait to differ from what’s posted outside. 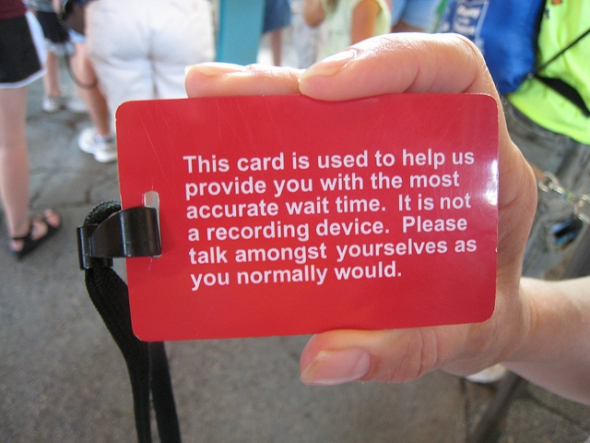 Wait times for most Disney rides are calculated using flick cards. These small cards are about the size of a credit card, and hang from a black lanyard. Every 10 to 20 minutes, a box near the attraction entrance starts beeping. The Cast Member at the entrance swipes the flick card across the surface of the box and hands the card to the next guest to enter the queue.

Guests with a flick card are instructed to hand it to the person at the end of the line. In a perfect system, the guests proceeds through the queue in an orderly fashion and hands it to the last Cast Member before they board the ride. That Cast Member promptly scans the flick card on a corresponding box at the end of the queue, and the wait time is calculated accordingly.

As you’ve probably ascertained already, the flick card system is fraught with flaws. The guest who receives the card may take his time meandering through the queue, particularly if it’s interactive like the queues for Seven Dwarfs Mine Train or The Many Adventures of Winnie the Pooh. In some cases, the guest may forget to hand the card off entirely, or he may run back and hand it to a Cast Member after he’s been queued up for his car for a few minutes.

The Cast Member who receives the flick card isn’t flawless, either. If she’s talking to another guest out of reach of the box, she won’t be able to scan it until she’s resolved the current guest issue. Cast Members always have another job to do that’s more important than scanning that card. Since there’s no incessant beeping happening at the end of the line, it’s easier to forget about the card if things are hectic.

2. Finding the end of the line 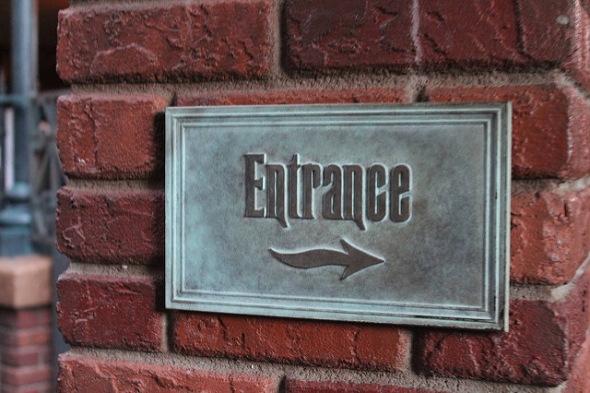 When you look at the wait time for an attraction, you probably have a particular point in mind where you feel that the wait has ended. However, this isn’t always a clear-cut location, and you may feel that the end of the line comes much sooner than the official end point being used for posted wait times.

For example, the flick cards at the Haunted Mansion are scanned after you’re settled into a doom buggy. However, as a guest you may feel that the wait is finally over when you step into the doors, or begin to experience the pre-show in the stretch room.

Additionally, the wait time calculated is only valid when the person holding that card went through. Hypothetically, someone could receive that card and wait 50 minutes in line. Then the estimated wait time is 50 minutes. But what if no one ever got in line after the person with the card? Then the wait time is actually 0 minutes, not 50. Or if the first guest to the ride that day receives the card, and it only takes 5 minutes to walk through the queue, but then the rest of the park still piles up in line behind him. So the best way to look at those times is more like 50 minutes ago, the wait time was 50 minutes. I think?

Talk about trying to find something to complain about. OK, the system isn't perfect but it's pretty good and fairly accurate all things considered. This is just picky for the sake of being picky.