Secrets of a Ride Operator: What It’s REALLY Like to Work at a Major Theme Park 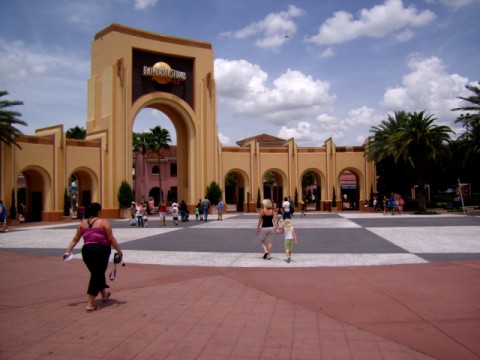 Working at a major theme park is a dream job for many people. Some eagerly await application season for the Disney College Program, while others save their pennies to move to Florida and take a retirement job at the parks. When you’re a theater kid growing up in Central Florida, though, the question isn’t IF you will work for the parks, but WHEN, and which specific job(s) you will hold. Like many people I know, I did the rounds: selling ice cream at Disney’s Hollywood Studios, tech”knowledge”ist for Epcot’s Innoventions, safari driver at Animal Kingdom’s Kilimanjaro Safaris, and educator for SeaWorld Orlando.

But my true love, the one I couldn’t ever really leave, was Universal Orlando. I kept going back to Kongfrontation until it closed, with a brief stint at Triceratops Encounter, and then moved on to Earthquake (now Disaster) and scare actor for Halloween Horror Nights. This is an insider’s look at what it’s really like to work for Universal Orlando based on nearly two decades of experience. My first job ever was at Kongfrontation in 1992, right after I turned 16.

Getting hired at Universal Studios Florida

Universal’s Human Resources center is not nearly as themed as Disney’s Casting Center, but it is no less efficient. It all begins inside a large central reception area, where the friendly receptionist will provide you with a list of open positions. In my case, I was very happy to see that Ride and Show (Universal’s term for Attractions) had openings.

The application packet includes the standard forms that you might expect, such as a job application and an availability sheet. I was surprised to learn that it also includes a simple math test. I’m not sure whether all applicants must pass the test, or only those going for certain positions.

If you want a customer service oriented role, make sure you are big and bold. Although I had already been hired for Attractions at Walt Disney World (a job I had to decline when the company could not hold the position for my two-week family vacation), the receptionist at Universal asked if I was sure I wanted a job in Ride and Show. She said I was very quiet, and she wasn’t sure if I would be happy in such a customer facing role!

I had just a few minutes to collect myself before I was called back for my interview, and I resolved to go out of my way to be big and open and talkative. It worked, and I was offered a job in Ride and Show. After that, everything happened so fast that I don’t remember the order. I know I turned in a medical history form and chatted with a nurse (standard procedure, and I had no significant medical history), got fingerprinted, and filled out a pile of paperwork. I was scheduled for orientation a couple of days later. 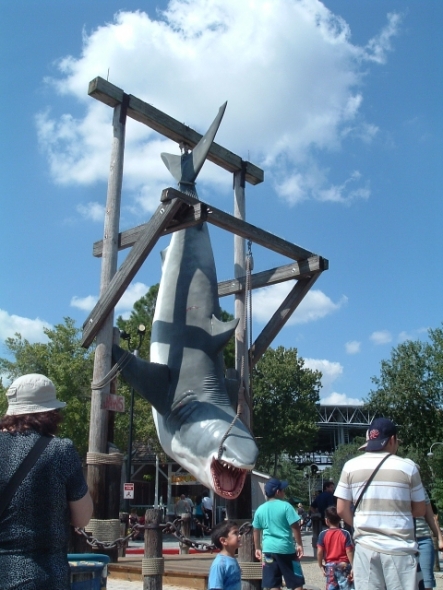 Orientation started at 8 a.m. I have never been a morning person, and I had an hour-long drive from my home in Lakeland. Fortunately, I was too excited to get much sleep, and I was up ahead of my alarm.

No matter how much you think you know about the parks, orientation is a bit of a shock. When we introduced ourselves to the group, I was overwhelmed by all the different job classifications everyone was going into. It was the first time it really sunk in just how many people and how many different talents and skills are required to make a theme park function.

The day is the perfect mix of videos, live presentations, games, and teambuilding activities, changing directions every hour or so to keep things fresh. You will break for lunch at the Employee Grill, where more than a few of the people in my class geeked out as we dined with costumed characters, high-level managers, ride techs, Merchandise team members, Ride and Show attendants, and so many more.

Late in the day, we took a behind the scenes walking tour of the park. It was incredible to walk through backstage doors, check out employee break rooms, go on rides without waiting in lines, and see how some of the jaw-dropping special effects were done.

Interestingly, I was only hired for “Ride and Show,” an overall job classification that includes all of the attractions in the park. In later years, would-be spielers had to pass an audition, and were assigned to a specific spiel attraction at that time. But in 1992, Ride and Show team members did not find out our actual work locations until the end of orientation. I almost fell over when my orientation leader announced that I was going to Kongfrontation, Universal’s then signature attraction and my favorite theme park ride ever. 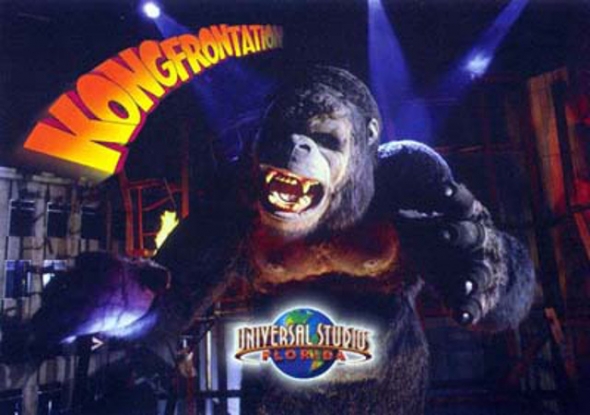 The end of the day is dedicated to wardrobe fittings and meeting with a trainer to discuss your schedule. Wardrobe is a massive building that holds costumes for every employee in the parks. In those days, we were only issued one costume at a time, trading it in for another at the end of each shift. Now, you are allowed to check out up to five (depending on work location), but you still drop the dirty one in the laundry chute at the end of each shift. I greatly appreciated not having to wash my own costumes! In most cases, your trainer will meet you at Wardrobe to make sure your costume fits properly and you know how to find your locker, and then hand you a training schedule. 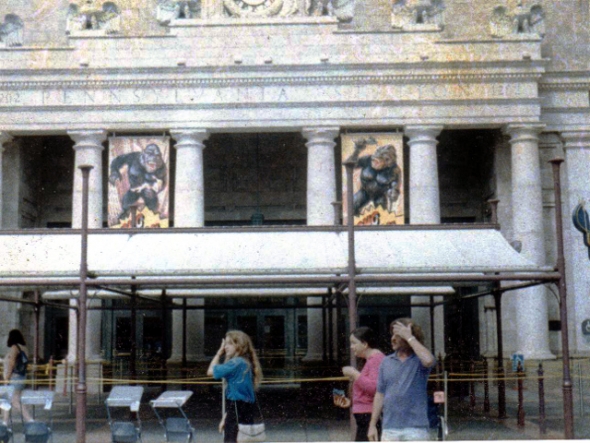 Today, Universal Orlando’s training program runs like a well-oiled machine. You are assigned a trainer who sticks with you throughout the entire process, which takes about a week for more complicated positions. By the end of the spieling era, spielers also had to go through training and sign-off with a performance coach to make sure their acting chops were up to snuff.

In 1992, though, it was a very different world. Universal had nearly closed right after it opened due to its disastrous opening day. The company was pushing the limits of what was technologically possible, and its signature attractions were still regularly going down for technical difficulties. Jaws had closed at the end of its first summer for a radical overhaul and had not yet reopened. Universal had rallied, but it took an immense amount of teamwork and dedication to keep things running smoothly. In many ways, the team was still learning how to put together a world-class experience as they went along.

That was drilled into my head from the moment I arrived at my new home. Kong required an intricately choreographed dance between tram drivers, control tower attendants, and ride technicians. In addition to everything else, from the long script to the general training manual, I was handed a thick technical manual. I wasn’t required to memorize it or be tested on it, but my trainer for the day strongly suggested that I become familiar with it. The more we knew about how the ride worked, the better information we could relay to the techs if something went wrong.

This process remains similar today when a new attraction opens—the techs and managers have more experience under their belts in figuring out what might go wrong and planning for it, but no one really knows exactly what will happen under the constant challenges of daily operations, so opening crews must be prepared for anything.