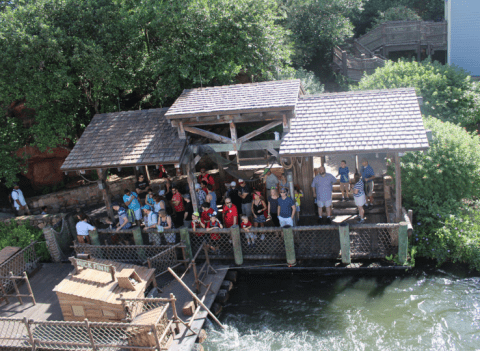 Families flying into Orlando often peek hopefully out the windows of the plane hoping to catch a glimpse of Cinderella Castle or Spaceship Earth, imagining them to be as big in real life as they are in their imaginations.

The reality, however, is that Walt Disney World looks much different than you’d expect when you see it from above. These pictures point out a few surprising facts you probably wouldn’t realize from the ground.

1. There are some gigantic Hidden Mickeys 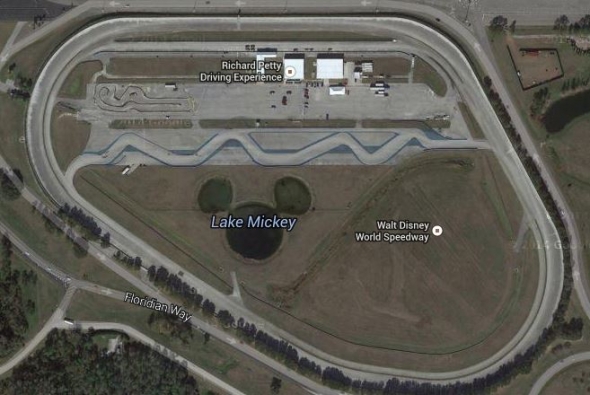 If you know where to look, one of the most interesting things you’ll find with an aerial look at Walt Disney World is that hidden Mickeys go far beyond what you can see strolling through property. There are some gigantic Mickeys so big that they’re really only visible from the air.

Check out the appropriately named Lake Mickey inside the Richard Petty Driving Experience. You won’t even get close to this one if you’re not shelling out the extra money to take a spin on the track, but you can clearly see the Mickey when you check out a map of the area. 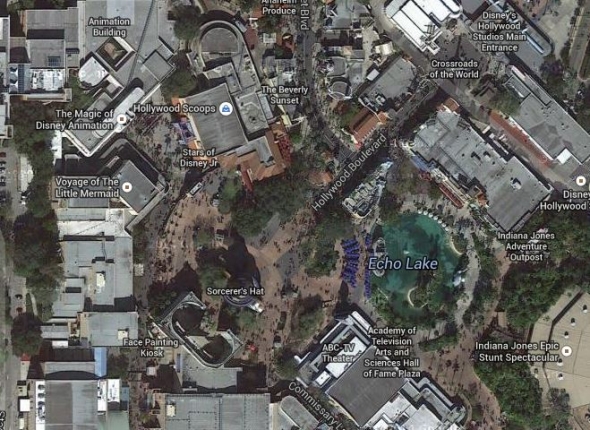 A Mickey that’s a bit harder to spot is hidden within the layout of Disney’s Hollywood Studios. Tilt your head to the right and you may see it. Echo Lake makes up his right ear, the Sorcerer’s Hat is his nose, and the Great Movie Ride is Mickey’s mouth. You’ll even see his eyes in the varying colors of the pavement. The left ear is less distinct, but the face is hard to dismiss once you’ve noticed it. 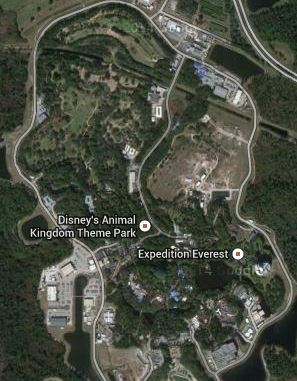 It’s a well-known fact that Animal Kingdom is the largest park on property, but thanks to creative layouts and forced perspective, you never notice the difference that much. Look at a map of Animal Kingdom beside Magic Kingdom, however, and you’ll realize that Magic Kingdom is only big in your personal perception of it. 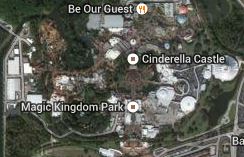 Magic Kingdom covers about 107 acres. Animal Kingdom, on the other hand, covers 403 acres. You could fit Magic Kingdom inside it nearly four times. A look at Animal Kingdom from above quickly shows where all that acreage goes. A huge loop of it on the left side of the map is Kilimanjaro Safaris. Unlike an attraction like the Jungle Cruise, where creative layout loops you around to make a small river seem big, Kilimanjaro Safaris may actually be a lot bigger than what you perceive on the attraction. Rafiki’s Planet Watch, set a short train ride away from the rest of the park, adds to the acreage as well.

Is Lake Mickey still there with the Speedway being razed?

I remember River Country. I took my two small girls there in 1997, and we had fun sliding down the water tubes and jumping into the deep pool that had a short vertical slide. I was so afraid my girls wouldn't go down the slide, but they did better than I did - when I saw the drop from the top, I almost backed out, but my girls (8 and 6) wanted to do it. I didn't take any pictures of the place (shucks!) because I knew we would be in the water the whole time and didn't bring my camera.