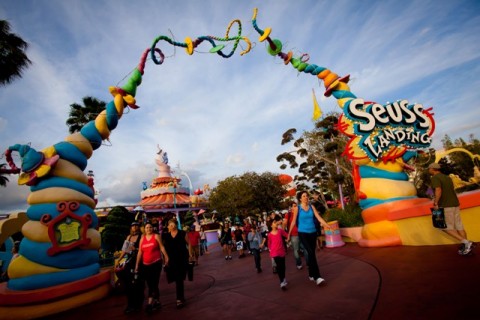 Seuss Landing brings the lovable characters of dozens of Dr. Seuss stories to life. While many inclusions are obvious, such as The Cat in the Hat and One Fish, Two Fish, each of which commands its very own attraction, others are more subtle. If you look carefully, you’ll see that every last detail of Seuss Landing is themed around a character from a real story. 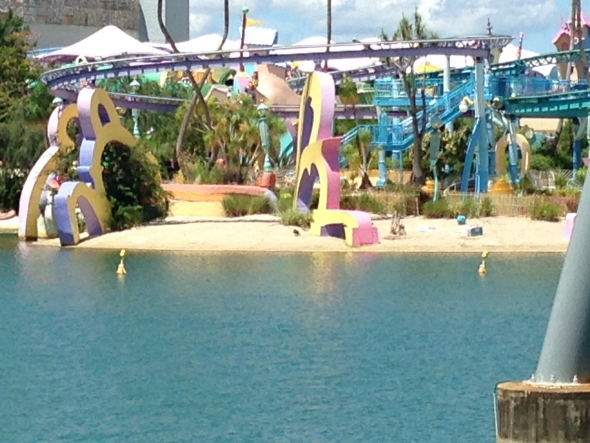 The Sneetches are long-necked yellow characters that appear in the book “The Sneetches and Other Stories.” If you’re not familiar with the tale of the Sneetch, just hop on the Seuss Trolley Train Ride and you’ll catch up quickly enough. In the book, the Sneetches appear on the beach, so the waterfront portion of Seuss Landing is dedicated to Sneetch Beach. You can see it from across the park, but if you want a closer look, just head back behind the main drag of shops and attractions. This is a relatively quiet area and you can peer right over the fence at the Sneetches in the water. 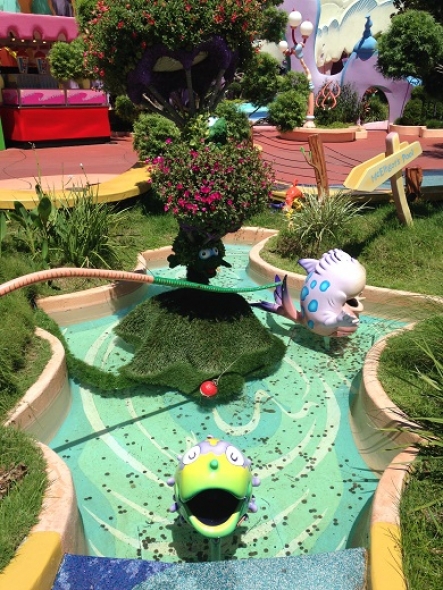 McElligot’s Pool is from a book by the same name. In this story, a boy named Marco dreams up the many wondrous fish he might catch in his small pond. Though the fish are imaginary in the book, you can see them come to life in Seuss Landing. The pool is just to your right as you’re walking into the area. 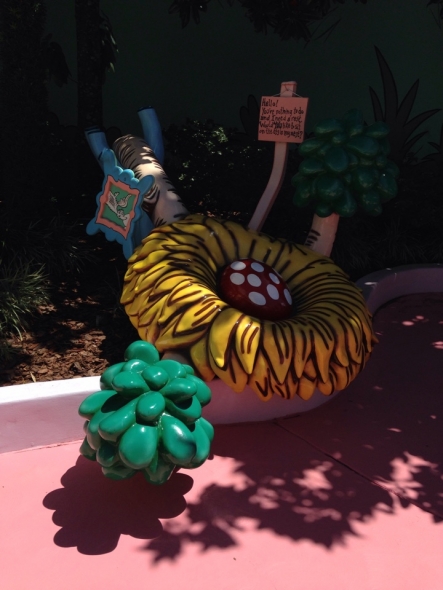 In “Horton Hatches the Egg,” the faithful elephant Horton agrees to sit on an egg for the lazy mother Mayzie. He endures great hardships while egg-sitting, but refuses to give up his duties. The sight of an elephant on an egg ultimately results in Horton and the tree being relocated to a circus. Appropriately, you’ll find Horton’s egg just behind Circus McGurkus. It’s easy to overlook this spot, but it’s one of the best photo ops in the park and the little alcove is usually deserted. 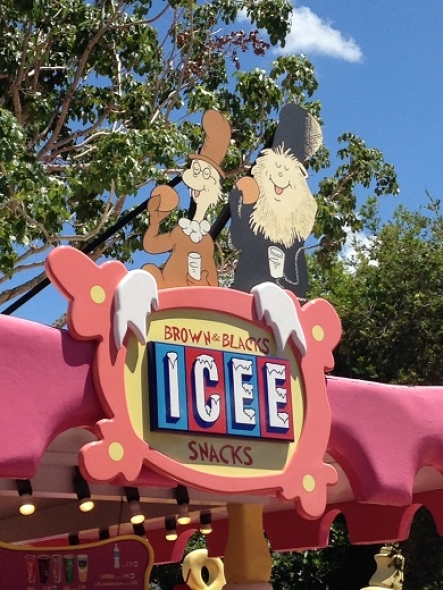 Mr. Brown and Mr. Black appear in “Hop on Pop.” Mr. Brown flies out of town thanks to an unfortunate see-saw accident. When he returns, he brings Mr. Black with him and the two settle in with Pup for some snacks on a picnic blanket. It’s appropriate for these two, then, that they now appear on an Icee Snack stand in Seuss Landing.

Just a correction to the location of Horton's egg. Its acttual location is if your facing the entrance of the Cat in the Hat gift shop it's located on the right not behind Circus McGurkus.