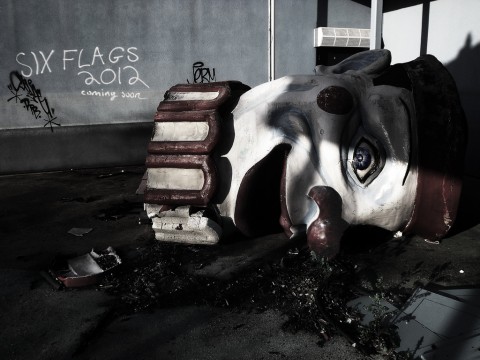 Six Flags New Orleans (SFNO) was one of many victims of the devastation caused by Hurricane Katrina in August 2005.

The park had just opened in 2003, replacing the unprofitable Jazzland park. Before Katrina it was actually considering expansion. A water park was in the works and would have been included in the admission like other Six Flags Parks like  Six Flags St Louis and Six Flags America. It was going to be announced at the end of August, but the upgrade and the future of the park itself was but into question after Hurricane Katrina struck.

August 21st, 2005 was the last day the park operated. SFNO was scheduled to be open the next weekend, but after Katrina was forecast late on Friday, August 26 to hit New Orleans, the dates were canceled to prepare for the storm and start evacuations.

Initial damage reports suggested that the park buildings were 80% demolished, and all of the flat rides were lost causes because of long term salt-water immersion. In addition, both parts of the Mega Zeph roller coaster were ruined. The only big ride to really survive was the Batman: The Ride roller-coaster thanks to its elevated station platform and corrosion-resistant support structure. In 2008 the Batman ride was shuffled to Six Flags Fiesta Texas under the new name Goliath.There have been repeated efforts to redevelop the space into a new theme park, but all efforts thus far have fallen through. Steps were taken in 2005 by Southern Star Amusement Inc. to take over, but they had to field a competing proposal from the Paidia Company, which intended to reopen the park in its previous name, Jazzland. The City of New Orleans appeared interested until a Jazzland Outlet Mall was suggested.

In March 6, 2012, the city of New Orleans gave the go-ahead to build Jazzland Outlet Mall to Provident Reality Advisors and DAG Development. In March 2013, though, things were quickly called off because the developer feared competition from the planned expansion of the nearby Riverwalk Marketplace to make an outlet mall. Provident Reality Advisors and DAG Development, though, has returned to negotiations with the City of New Orleans, in order to figure out what the next step is.In the meantime, the Six Flags New Orleans space has been used as the set for several movies, including Percy Jackson: Sea of Monsters, Dawn of the Planet of the Apes and Jurassic World. I think most of us would agree that that’s a more interesting use of the area than another mall. While we wait for a definitive future for SFNO, let’s look at what the park looks like nowadays. Here are a selection of photos of the park from 2009.

First, here is the park before Hurricane Katrina. 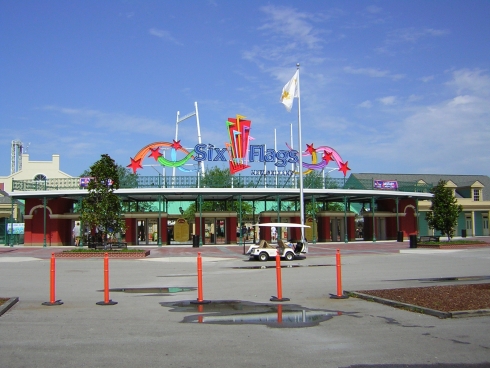 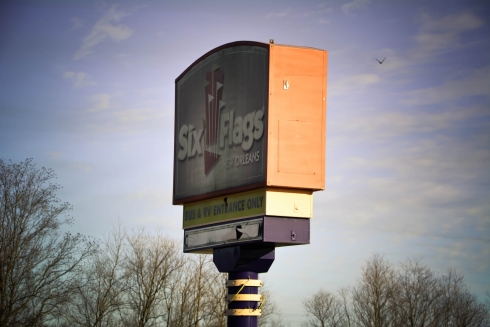 So is the entrance. 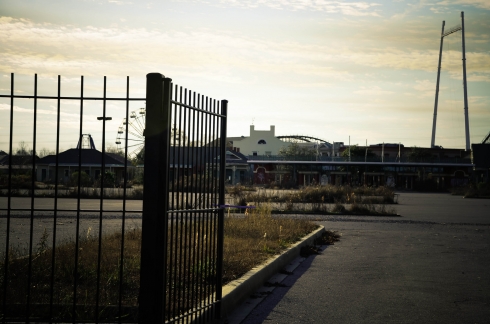 The ticket booth doesn't break from the pattern. 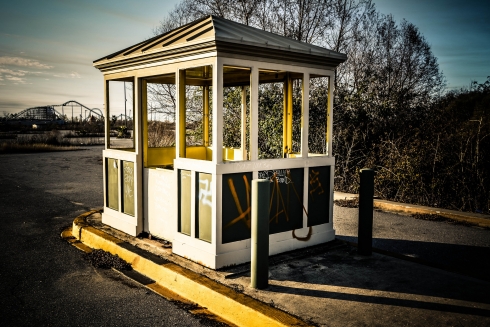 Here's a close up on that sign, referencing Zombieland, a movie about a theme park abandoned after a zombie apocalypse. 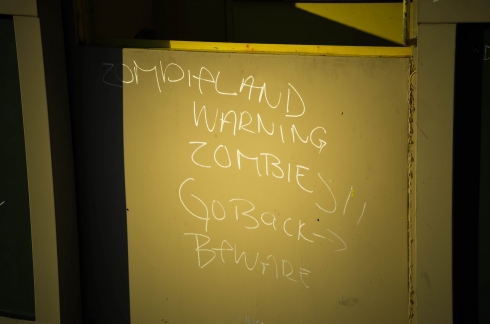 Here are a few scary long shots of the park. 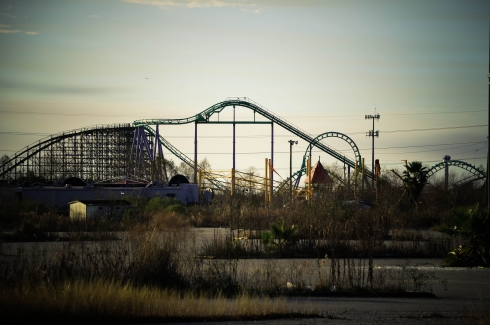 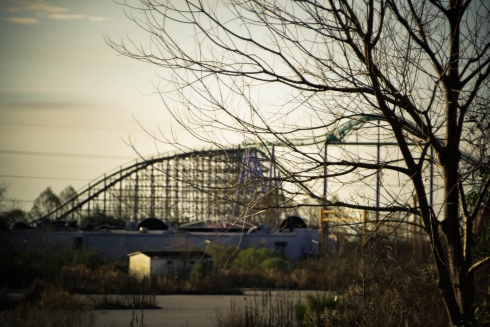 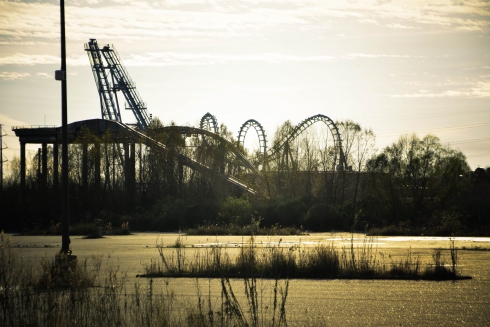