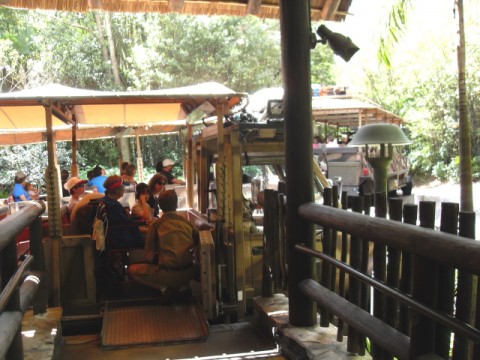 Do you know what a spieler is? Do you understand how that person differs from an actor or a typical attractions employee? If you have only begun visiting the theme parks in the past few years, you might not have ever heard the term. While a few spielers still exist, they are quickly becoming anachronistic in the modern theme park world. Just 15 years ago, however, they were prevalent all over Walt Disney World and Universal Orlando.

While most attractions have an employee deliver a short welcome or safety speech, a spieler narrates the entire attraction. They are different from actors in that actors are only responsible for their actual show, while spielers also operate the ride vehicle or otherwise guide guests through the attraction. The Magic Kingdom’s Jungle Cruise and Animal Kingdom’s Kilimanjaro Safaris are perhaps the best remaining examples of true spieling attractions.

What happened to the spiel attractions? 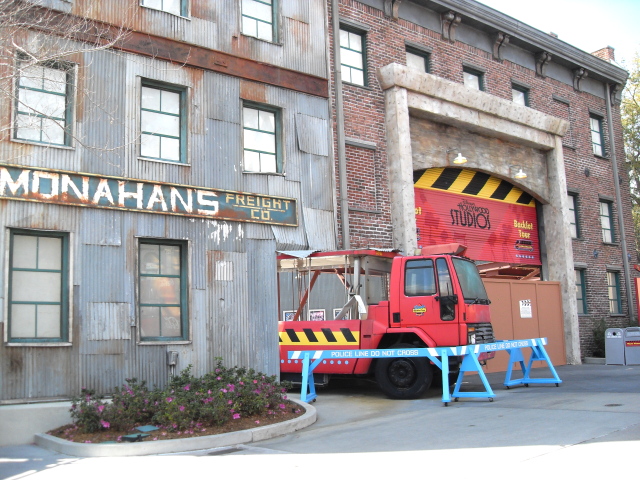 Many attractions that once featured spielers are now closed, such as Universal Studios Florida’s Kongfrontation and Jaws. Others have been heavily gutted and switched to an automated narration, such as the Backstage Studio Tour (or the Studio Backlot Tour, as it was later known) at Disney’s Hollywood Studios. Still others were heavily retooled with their former spiel elements placed under the purview of the Entertainment department, such as Disaster (formerly Earthquake) at Universal Studios Florida.

Although official reasons for the decline of spieling attractions were never announced, many speculate that it was due to budgetary considerations. Automated narrations don’t get paid, while turning the performance portion of an attraction over to the Entertainment department puts it on an entirely different budget. It also frees up performance directors to be used elsewhere. Regardless of the reasons for their closure, losing the spieling attractions means losing a special part of what made the guest experience unique. Here is a look back at some of the best spiel attractions that Walt Disney World and Universal Orlando once provided. 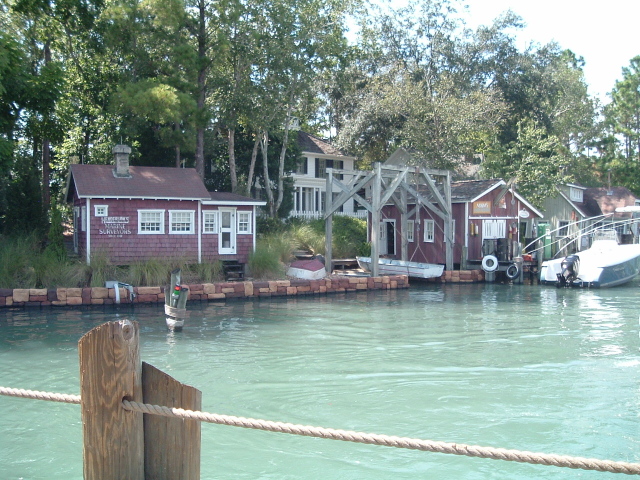 When Universal Studios Florida opened, its three main rides were all spieling attractions. Jaws and Kongfrontation featured on-ride narration by spielers playing the role of hapless transportation guides suddenly charged with saving their passengers’ lives. Earthquake spielers took guests behind the scenes, revealing many of the secrets of moviemaking before turning them loose to experience a dramatic recreation of an 8.3 earthquake on their own.

Of the three, only one lives on. Disaster is an updated and technologically advanced attraction loosely based on the original Earthquake. Entertainment department actors do an impressive job of playing the role of studio production assistants, interacting with director Christopher Walken through highly impressive Musion technology. Though its rapid-fire pace leaves little room for the personalization that was a hallmark of Earthquake, the new show is slick and well-done, a worthy heir to the mantle.

Kongfrontation closed in 2002 to make room for Revenge of the Mummy. While it is certainly an impressive, if short, roller coaster, the Mummy ultimately loses re-rideability. One of the biggest advantages that any spiel attraction has over a non-spieling alternative is the live show factor. Every ride on Kongfrontation was slightly different, depending on the personality of the tram driver and the energy of the passengers. Precisely controlled by computer systems, the Mummy never changes. Unconfirmed rumor has it, though, that a brand-new King Kong ride may be going into Islands of Adventure. Time will tell if the rumor is true and, if so, what form it might take.

Jaws remained standing until 2012, when it closed to make room for Diagon Alley, the second phase of the Wizarding World of Harry Potter. While each individual Potter attraction runs the risk of losing re-rideability over time, at least the Wizarding World as a whole is likely to stand the test of time. With wandering street actors, highly in-character shop employees and the phenomenally immersive nature of the entire land, many Jaws fans agree that if their ride had to close, at least it was replaced with something that has equal heart and soul. 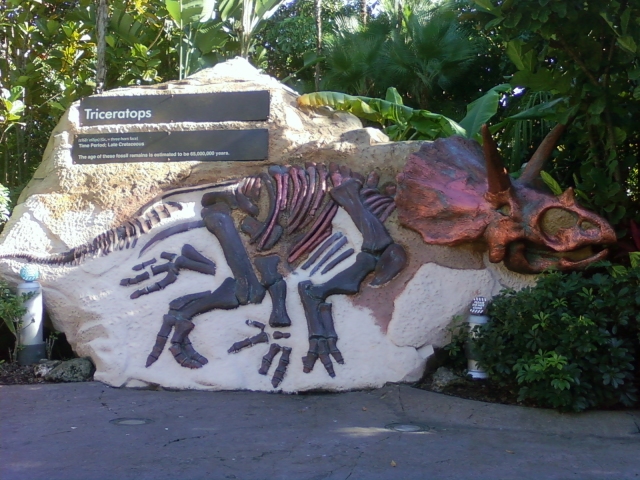 Arguably the most technologically advanced theme park in the world when it opened in 1999, Islands of Adventure never relied heavily on spieling attractions. Instead, it featured the latest and greatest in thrill ride technologies. Nonetheless, Islands of Adventure was once home to one of the most advanced spieling attractions of all, Triceratops Encounter.

Park guests could visit one of three paddocks where an audio-animatronic Triceratops was receiving a checkup from a spieler playing the role of veterinary technician. The spieler was able to guide the interaction, controlling the dinosaur’s reactions to the guest’s input.