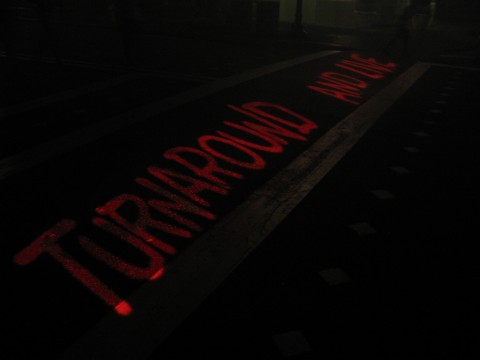 It’s mid-September in Central Florida and Halloween is upon us again. Universal’s Halloween Horror Nights is in full swing with eight houses and two stage shows ready to terrify and delight brave visitors.

Read on for our thoughts on this year's event... 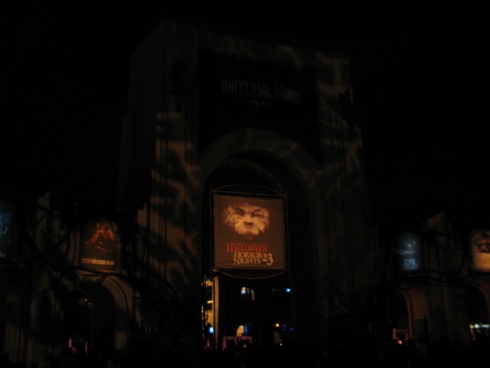 In place of the more varied “scare zones” from years past, the streets are filled with armies of zombies themed to the popular AMC television show The Walking Dead. Though these “Walkers” are the same throughout the park, the scare zones do vary depending on where you are, to resemble various scene from the show. Alongside the Walkers are actors portraying the remaining survivors. 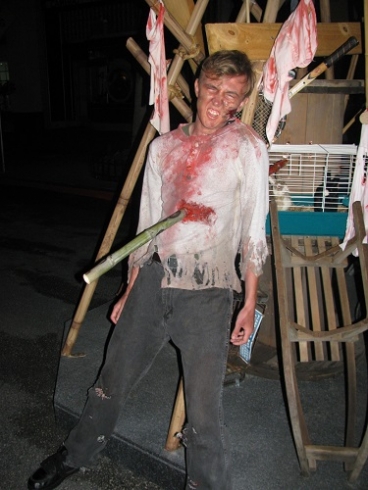 A Zombie VictimAn unfortunate victim in the zombie battle

One of the most engaging features of these zombie scare zones is the interplay between the Walkers and survivors. The survivors try to look out for you, but often at their own peril. Be prepared to witness violent attacks as the zombies continue to assert their reign and take over the town. 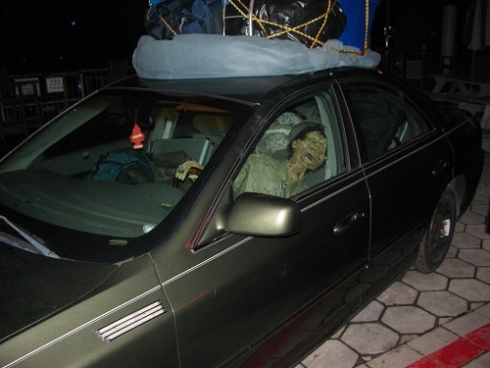 Zombie CarnageCarnage in the streets

Returning this year is the Rocky Horror Picture Show – A Tribute. This live show lasts about half an hour and features the more popular acts from this cult classic. If you’re a Rocky Horror fan, this is a great way to enjoy a compact piece of the fun. If you’re not familiar with the show and how to properly interact with it, however, you may want to spend your precious minutes cramming an extra house or two into your schedule. 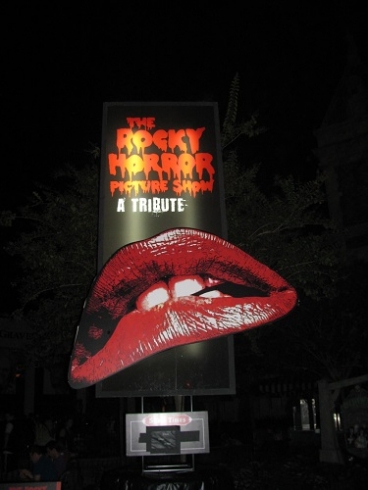 The first house on our agenda was Cabin in the Woods. The sets and characters looked like they were ripped right from the film. This isn’t overly surprising since Universal usually goes to great lengths to make their houses as realistic as possible. Your first stop is in the cabin itself, where we find some unwilling victims of the people running the show. You eventually make your way through the main control room and past cells holding the creatures used against the victims. This house was visually exciting to look at, but overall not that scary.

Our next stop was right next door, Resident Evil – Escape from Raccoon City. This house was carefully themed around the popular video game. You make your way through the city past standard scenes of people being attacked or eaten. The mutant dogs from the games are portrayed as puppets for the house. The best part was a scene featuring a serious gun battle. As you enter this area, a mutant with a giant revolving gun starts shooting at you. You feel the blasts of air as the fire rains down from above. Around the next corner, the game is paused. Suspended from the ceiling is a person falling backwards shooting at a large creature on the attack. On the wall are the words “Game Paused.” The next scene is also filled with things frozen in time… until you get too close. As you exit the house a sign informs you that “You Are Dead,” signaling the end of your game.

Next up: Havoc Derailed. This house is a continuation of houses from years past that involve the government trying (and failing) to make super soldiers out of insane criminals. In this year’s version, the cast offs are transported to a new facility via a technologically advanced super-train designed to keep us - the visiting guests - and the dangerous nutballs away from each other. Of course, this plan fails almost immediately, and we are soon mingling with very large and dangerous people on a “moving” train. This is a fairly easy one to get through, as many of the scenes take place on the train cars where one side contains caged crazy people with the other side threat-free. Walk along the threat-free wall and you won’t have a care in the world.

No visit to HHN is complete without a visit with our good friends Bill and Ted. The Bill and Ted show has become quite the tradition at Halloween Horror Nights. This year’s show is no different from years past, and gives popular culture a nice spin for the (mostly) inebriated crowd. I won’t give away any spoilers about what’s covered this year, but I will say that the writers of this show know who’s ripe for parody.

After the show, we waited for The Walking Dead – No Safe Haven. I thought that last year’s Walking Dead house was one of the worst houses of the run, but this year’s house is much better. As opposed to last year’s method of “here’s a scene from the show. Here’s another scene from the show,” this house has a flowing storyline to it. There’s an interesting part of this house where, in an effort to escape the Walkers, you have to practically crawl through a tunnel of wire fencing. This is no picnic if you’re above average height. It does, however, add a bit of struggle to getting through the house.

Urban Legends – La Llorona was up next, seeing as the exit to the Walking Dead house dropped right next to the entrance of La Llorona. This is my pick for scariest house this year. Set in Mexico, we walk through the churches of La Llorona - a woman who drowned all of her children and is seeking a way to end her misery or pass it along to the living. Creepy child-sized dolls are featured frequently throughout the house, The best scene makes you feel as though you’re being held underwater. This is accomplished by misting you as you walk through a shimmering tunnel-like walkway. 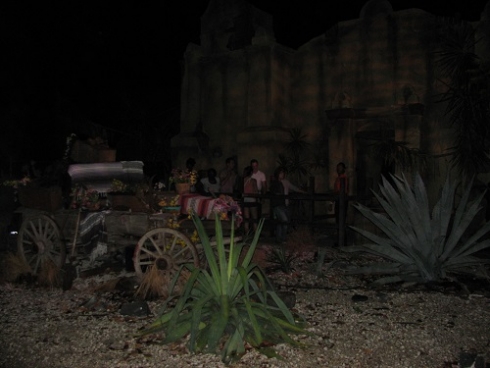 This house exit lead us right to After Life: Death’s Vengeance. The first scene has you witnessing the execution of the serial killer Bobby “The Blade.” The remainder of the house takes you though his decent into hell. As this year’s 3D house, I thought it was really a great use of the gimmick with lots of trippy colors and pictures popping off the walls. This house also features the classic spinning vortex. A very gimmicky house, but lots of fun.

It was back up front for the final two houses. Evil Dead was up first. This house has the distinction of offering something that I had never seen before with its queue. After you enter the building, you follow along a large curtain wall before you officially enter the themed section of the house. On the rest of the houses the entrance to the scary stuff is right in front of you as you enter the building. Like Cabin in the Woods, this house draws on the designs from the recent film. This is a fairly graphic house, even for Halloween Horror Nights. Entertaining nonetheless.

Finally, we entered An American Werewolf in London. Based off of the 20-plus year old film, this house translates well from the movies. Like Resident Evil, a few of the scares come at the hands of puppets that look like ghastly animals popping out of holes in the walls. This year’s theme for Horror Nights must be how great the houses look, because this house made you feel as though you had actually traveled all the way to England. There are a few decent scares that I don’t want to spoil, but I will say this: if dogs scare you, get ready to howl with fear.

All in all this is a good year for Halloween Horror Nights. I felt like they weren’t really trying all that hard last year, and so for me the bar was set a bit low. But even with that factored in, this year’s edition left me wanting to go back and experience it all again.