The Top 5 Rides and Attractions at Islands of Adventure 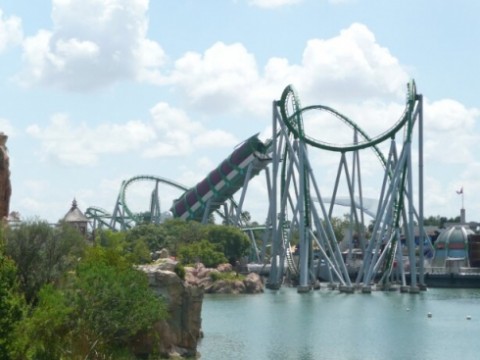 Universal Orlando's Islands of Adventure first opened in 1999, with the aim of establishing the resort as a true multi-day destination. It didn't fully achieve that, though, until the debut of the hugely-popular Wizarding World of Harry Potter in 2010. The park now boasts a world-class line-up of attractions, and pulls in millions of guests each year.

Since we launched our theme park guides last year, we've been collecting our readers' ratings and reviews of Island of Adventure's rides (as well as those of 90+ other parks). We're focusing on Islands of Adventure as our "Park of the Month" in August, so we thought now would be a great time to look at the top 5 rides and attractions at the park - as rated by Theme Park Tourist readers. 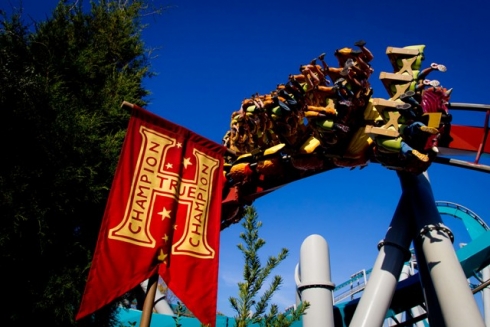 Opened alongside Islands of Adventure in 1999, Dueling Dragons was rethemed in 2010 as part of the installation of the Wizarding World of Harry Potter. It now boasts a new backstory based around the Twiwizard Tournament, although sadly the trains no longer "duel" due to a number of incidents in which riders were hit by loose objects.

Two Bolliger & Mabillard Inverted Coasters make up the attraction. The Chinese Fireball is speedy and graceful, featuring oversized inversions during its two-and-a-half minute course as it dives and twists. The Hungarian Horntail lacks the speed of its fiery sister, but more than makes up for it with five tight, intense inversions. 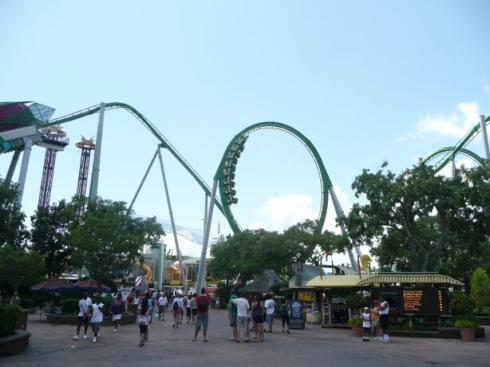 Towering some 100 feet over Islands of Adventure's central lagoon, the Incredible Hulk Coaster is hard to miss. After passing through a themed queue line, riders are strapped in and blasted up an incline at speeds of up to 70 miles per hour.

The ride's circuit boasts seven massive inversions, all of which take place over water. With blinding green track and a dramatic splash mid-way through the circuit, the Incredible Hulk Coaster is a force to be reckoned with. 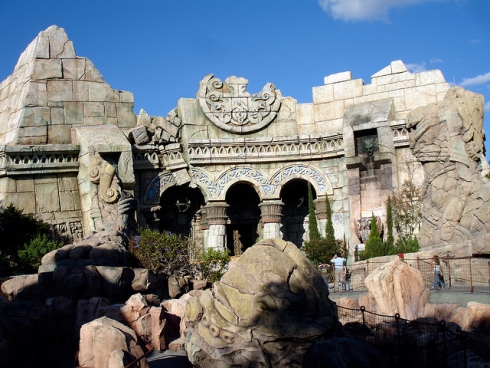 Led by a skittish archaeologist and trapped in a tomb by Poseidon's evil nemesis, this multi-room, guided walking tour brings you face to face with unimaginable water and fire effects as the race for Atlantis begins.

Enjoy Poseidon's Fury while you can - there are persisent rumours that it will be eventually be rethemed to form part of an expanded Wizarding World of Harry Potter.

2. The Amazing Adventures of Spider-Man 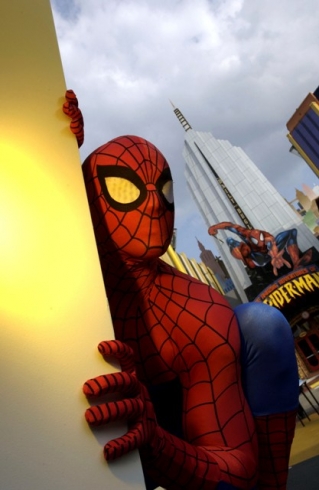 As Islands of Adventure's keystone attraction when it opened, The Amazing Adventures of Spider-Man is world famous. Special effects, tactile props, and roving, motion-base technology combine seamlessly with 3-D screens to project the incredible world of Spider-Man all around riders.

Despite's Disney acquisition of Marvel (which owns the rights to Spider-Man), Universal has shown no sign of wanting to retheme the attraction. Instead, it spent millions on a major upgrade in 2012. This included the installation of a new Infitec 3-D projection system capable of generating high-resolution 4K images, physical enhancements to the ride's sets, and updates to the look of Spider-Man himself and his enemies.

1. Harry Potter and the Forbidden Journey

The reinvention of the dark ride began here. Located in the depths of Hogwarts Castle, this mile-a-minute, out-of-control sensory dark ride pits riders against the dark forces of Harry's world as familiar characters appear to help. The queue alone surpasses many other actual attractions.

It's a world class thrill ride and dark ride in one, and currently the highest-rated ride of all on Theme Park Tourist. With 3,500+ other contenders, that's high praise indeed for Universal Creative's masterpiece.

Do you disagree with the rankings above? Let us know what your favourite rides and attractions at Universal's Islands of Adventure are by adding your own ratings and reviews.

What, no Jurassic Park River Adventure?

Not according to the ratings we've received from readers!

It would be in my personal list...probably my favourite water ride in the world.

Poseidon Number 3??? Loved the water archway but didn't come close to hulk or dragon challenge in terms of thrills. Was a bit disappointed with it really. Would put Jurassic Park or even the log flume or rapids ahead of this.

Interesting countdown. Whenever I visit IOA, it's amazing to think I am at not only the best THEME park in the world, it's also one of the finest examples proving just how far technology can go to create such an immersive, guest experience.

The dark ride is truly the flagship attraction here and it's a well deserved win for both Spider-Man and Forbidden Journey winning the covered Golden Ticket "Best Dark Ride" accolade in their lives. Potter simply blew me away and seeing really is believing. And then I look over the lagoon and see the only launched B&M in existence. It's a truly magnificent park