How to Save Time at Drayton Manor 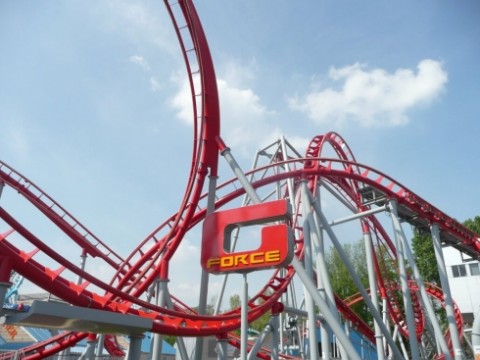 There’s a lot on offer at Drayton Manor, including a large selection of thrill rides, a moderately-sized zoo and the expansive Thomas Land area. Seeing everything that you want to in a single day, particularly during the peak season, can be a bit of a challenge, but it is possible.

We’ve collated a few simple tips below to help you minimise the amount of time you spend waiting in queues, and maximise your enjoyment of the park.

If you can, avoid visiting Drayton Manor during the school holidays and on Saturdays. Obviously, this isn’t always possible – and you can have a great time on any day by following the rest of our tips.

Aim to get to Drayton Manor in time to enter the park when it opens at 9.30am. The park claims that the rides don’t open until 10.30am, but we’ve often seen Thomas Land open earlier than this – with no queues for the most popular rides. Even if this isn’t the case, the zoo is open, so you can have a quick look around before getting into line for Shockwave or Stormforce 10 (or, if you really must, the over-rated G-Force).

Restaurants at Drayton Manor are very busy between 11am and 1pm. If you can eat either side of this window, then do – you’ll find that queues will be slightly shorter for the most popular rides, with other guests tied up eating.

Drayton Manor’s most popular attractions, particularly G-Force, can build up large queues from mid-morning onwards. Don’t despair, though – the queues start to die down towards the end of the day, and you can spend the busy afternoon period riding higher-capacity rides such as Pirate Adventure or taking a look around the zoo.

Don’t forget that the closing time refers to the queue, not the ride

A fact that is often overlooked by many visitors to Drayton Manor is that the stated closing time for each ride actually refers to its queue. So if Apocalypse is due to close at 18.00, you can still join the queue at 17.59.