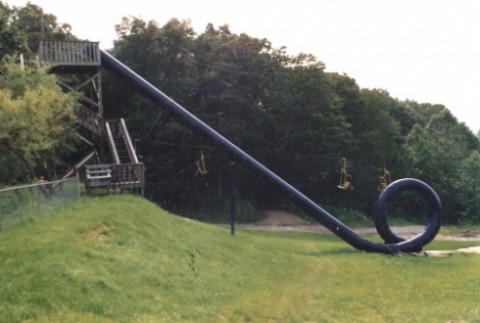 New Jersey's notorious Action Park is BACK, reopened under its original name. Let's take a look back at the insane rides that gave this park its reputation as "the most dangerous theme park of all time".

Located in Vernon, New Jersey, Action Park originally operated from 1978 to 1996. It was split into three distinct areas: the Alpine Slide, Motorworld and Waterworld. The last of these was one of the first water parks in America, and attracted thrillseekers from miles around to its range of ground-breaking, unique attractions.

Unfortunately, it is exactly that ground-breaking nature of the park's rides and slides that may have led to its infamous safety record. At least six people are known to have to died as result of accidents at the park, leading to nicknames such as "Traction Park", "Accident Park" and "Class Action Park". The large number of lawsuits brought again the park's owners finally led to the closure of many of its rides, and eventually the park itself in 1996.

Fear not, though, intrepid thrill-seekers. Waterworld lived on as the Mountain Creek Waterpark, which had a much-improved safety record. In 2010, the park was sold back to a group led by Eugene Mulvihill, the former operator of Action Park. As of April 2, 2014, it is once again known by its original name.

Let's take a nostalgic look back at the rides that gave Action Park its fearsome reputation - some of which are still in place today.

On the surface, Super Go-Karts sounds like nothing special. Guests could drive karts around a simple, looping track at speeds of around 20 miles per hour. However, according to a 2005 article in Weird NJ Magazine, staff knew to circumvent the governors designed to limit the karts' speeds, through the simple act of wedging a tennis ball into them. This led to several injuries resulting from what was effectively a high-speed bumper car ride. 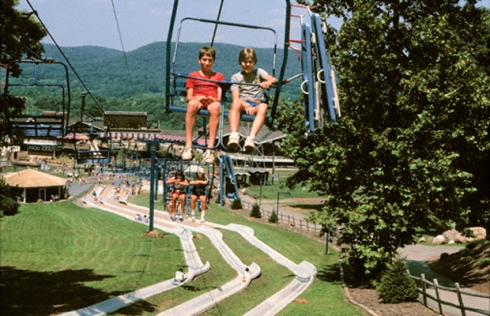 Alpine Slides were installed at a number of theme parks during the late 1970s and 1980s, including Alton Towers in the UK. Perhaps the most famous installation, though, was at Action Park, where a concrete and fiberglass track wound its way down a steep hill. The most notorious feature of the ride was the handbrakes used to slow down the sleds, which were pretty ineffective.

It was not unknown for fellow guests to spit on passing riders as they passed by, and the ride was responsible for the first recorded fatality in 1980 at the park when an employee's sled ran off the track, causing him to fall down an embankment and hit his head of a rock. With a mounting number of injuries also being attributed to it, the Alpine Slide was closed in 1998 after just one season as part of the new Mountain Creek Waterpark.

Located in Motorworld, this attraction saw riders board small tanks fitted with tennis ball cannons for a mock "war" inside a chainlink fence-enclosed arena. When a tank was struck by a tennis ball, it would stop operating for 15 seconds - providing a great opportunity for other riders to pepper it with further fire. Reportedly, the attraction was more dangerous for employees than riders, as they were subject to fire from guests despite rules prohibiting this. 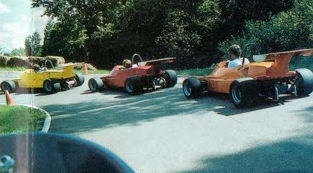 Similar to the Super Go-Karts, the LOLA cars were open-cockpit miniature race cars. Again, employees are said to have overcome governors on the ride's engines, with one former employee telling Weird NJ that after-hours, beer-fuelled races were not uncommon. 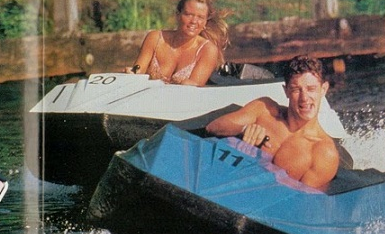 Housed in a small, snake-infested pond, these high-speed boats could hit 40 miles per hour. This resulted in at least one drunken rider being rescued by a lifeguard after a collision.

Seemingly one of the park's safer attractions, the Bumper Boats were apparently very difficult to steer. They also leaked gasoline, resulting in medical attention for one rider who got too much on his body.

I actually rode the Cannonball Loop. Once!

Bumper boats were also full of sharp edges in the cockpit, cutting arms and legs getting in and out. There was also a no smoking sign because of the likely hood of the gas fumes coming off the water igniting. The carts on the alpine slide were reinforced with steel plates on the front and back, giving it an excellent chance of hitting your in the small of the back when rammed from behind. Wave pool was nicknamed the Grave Pool. Packed to capacity and no one knew you were missing/drowned until your friends reported you missing.

It may have been extremely dangerous, but it was also a ton of fun to work there!

Electrocuted and /then/ died? That's some extra bonus death right there.

All of these rides mentioned, and none explain the included photo of that nightmarish cable car ride with no seat belts. Lol what's that ride?