To say that hype is ramping up around the Jurassic Park Coaster at Universal's Islands of Adventure is certainly an understatement. With such an iconic theme and imposing track, even non-fans of Jurassic Park surely can't help but being slightly excited about this new attraction.

Original plans for an opening of this coaster were floated at early 2021, but that was before COVID-19. During the lock down period and strict guidelines which were in place, it is perhaps surprising that construction didn't actually stop on this project and albeit reduced, continued throughout.

Since the park reopened in June, construction has increased further and there have been many photo and video updates in recent weeks of the latest progress. Just last week two cars were put onto the track for the first time for a pull through.

We are very lucky that a Theme Park Tourist reader, James Peters has kindly sent us his photos from a recent visit to Universal's Islands of Adventure which he has given permission for us to share with you.

You can see the scope of the coaster and the top hat element clearly dominates. The theming is developing with increased greenery and rockwork. 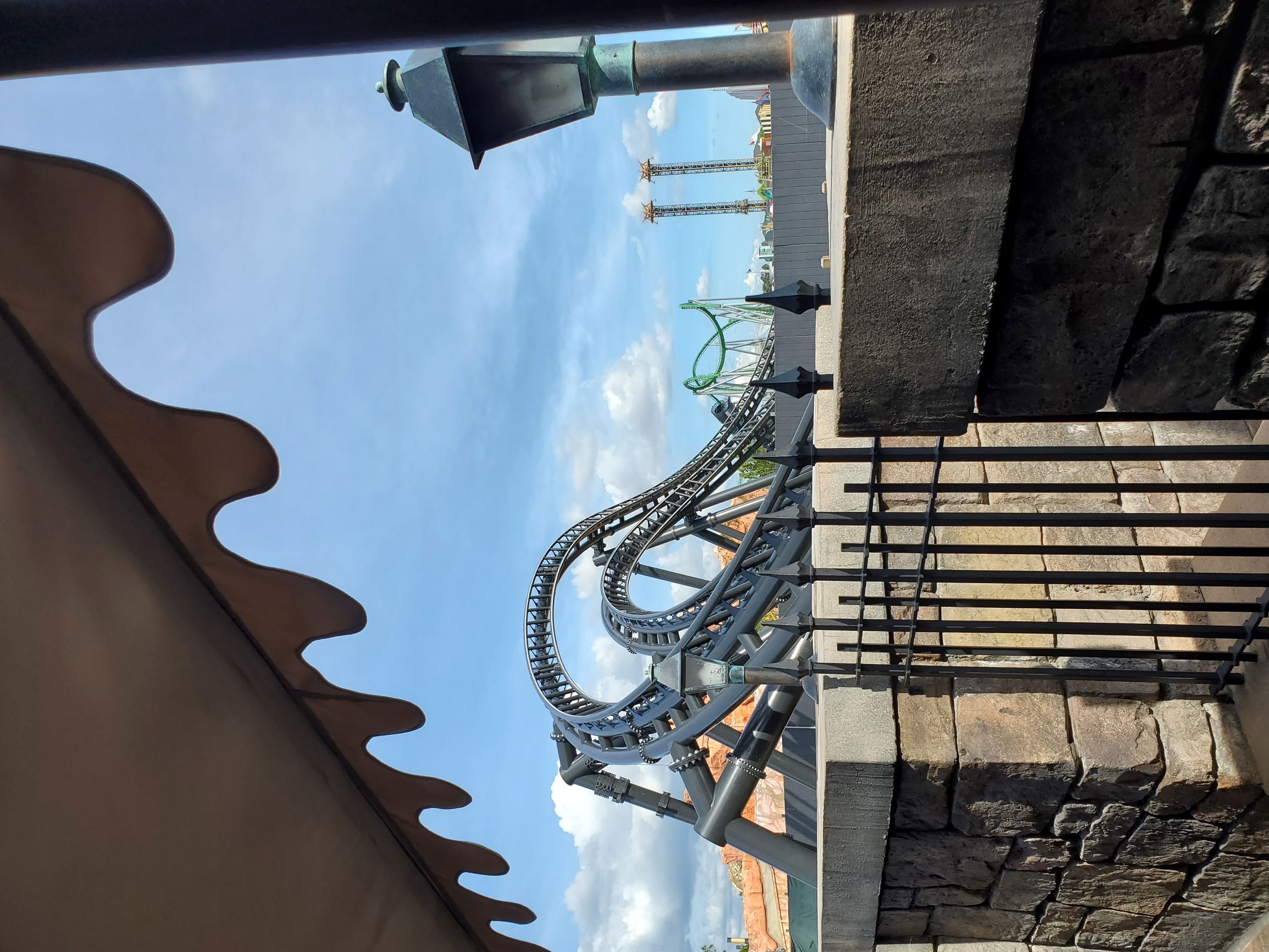 This gives a clear view of the winding track and you get a feel for the location of this coaster in the park as The Incredible Hulk coaster can be seen in the backdrop. 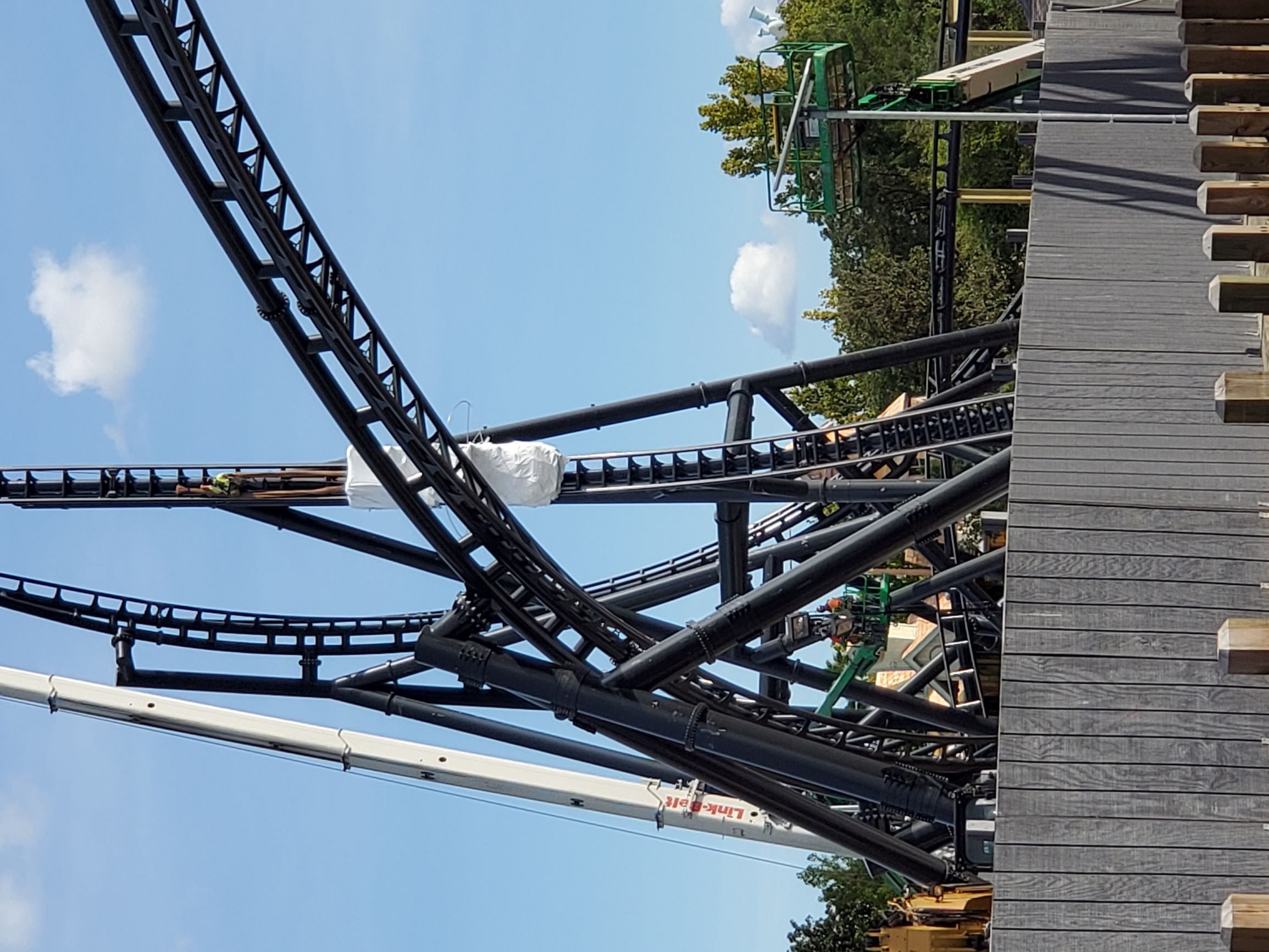 Universal is giving nothing away as to the look of the cars for this attraction as they are fully covered by tarps, which cleverly display the InGen logo. 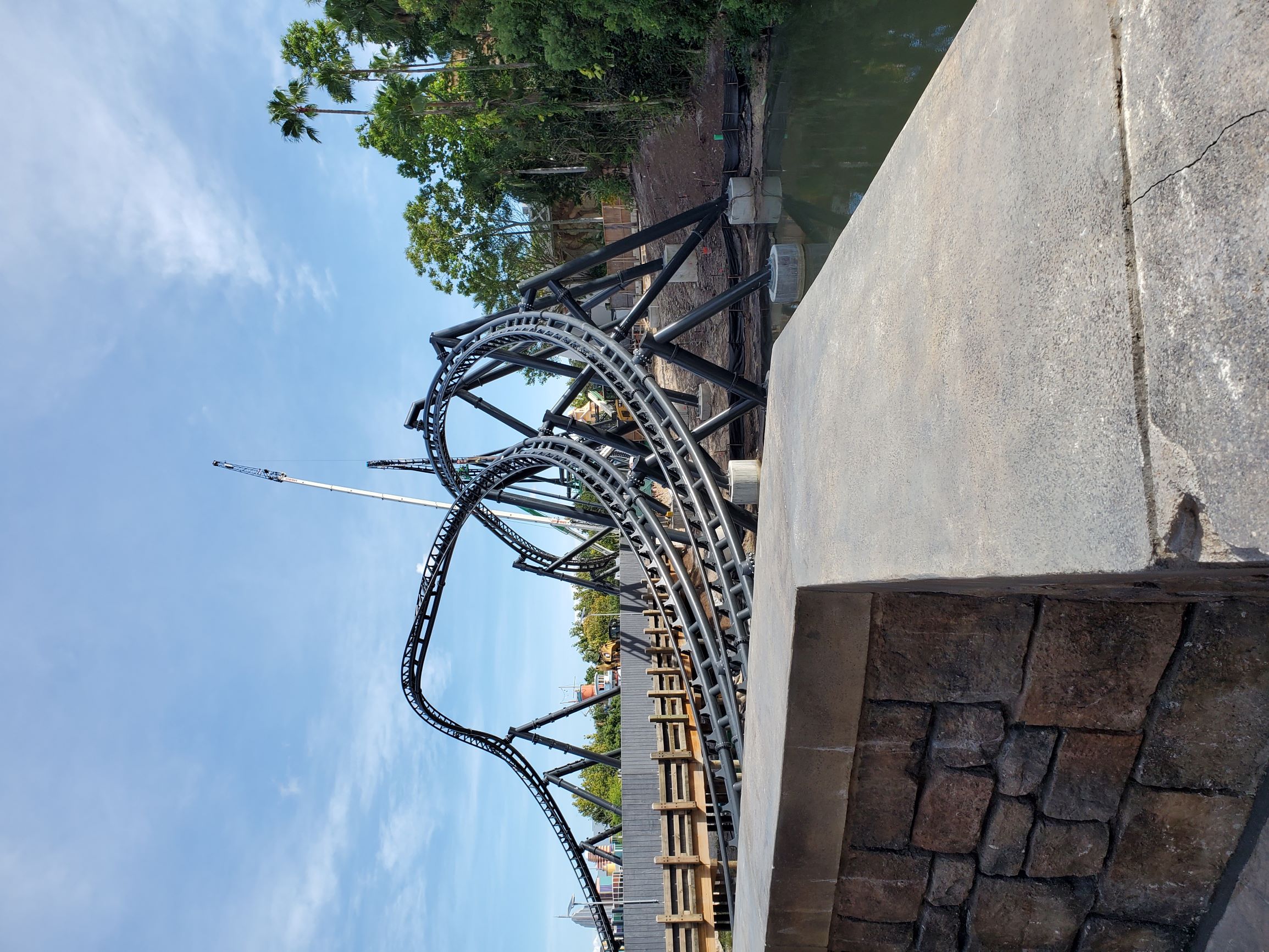 This should be an amazing ride, the track certainly twists and turns on its journey.

From the view of scaffolding there is undoubtedly more work to be done but progress appears to be moving along nicely which surely can't fail to put smiles on all Universal fans' faces.

If you want to explore further photos, over at Midway Mayhem they have uploaded lots more that you can check out on their Facebook page. They have also posted a 17 minute video on their Youtube channel which can be seen below:

We are now eagerly awaiting the news that this coaster is ready for its first test run which could may come in the next few weeks. With work continuing at this pace, we are expecting that this attraction may be ready for its originally rumored 2021 opening date. The question is whether Universal will choose to open this headliner at a time when there is likely to still be limited capacity and a lot of uncertainty around COVID-19.

We will keep you posted with further updates as they arise on the Jurassic Park Coaster as well as bringing you news about Walt Disney World and beyond on our News and Facebook page.