2 Ways SeaWorld Orlando Could Recover From Its Biggest Setback Yet

Though California is a long way from Florida, SeaWorld Orlando had a lot hinging on the fate of the SeaWorld San Diego's Blue World project. Announced over a year ago, this new initiative aimed to bring massive new killer whale tanks and viewing areas to SeaWorld parks across the country. Though SeaWorld Orlando had an event announcing the project and even promoted Blue World to local media, it was later revealed that Orlando's tank expansion would not go forward until a “pilot” Blue World was completed at SeaWorld San Diego. And that’s where the problems began.

While construction was originally supposed to start this year, SeaWorld San Diego got held up in what became an unexpectedly lengthily permitting process with the local government in California. Still, after much deliberation, the Blue World construction project was approved on October 8, 2015. However, the approval came with some serious caveats. 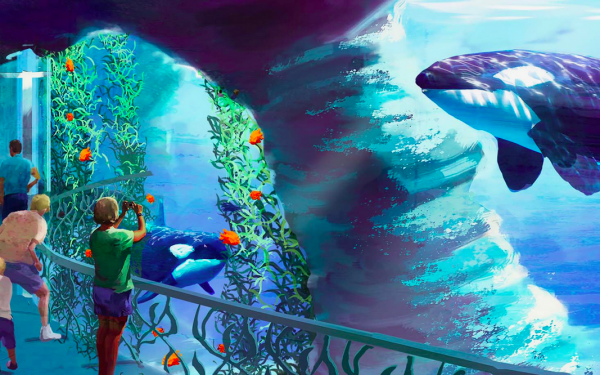 Chief among the conditions under which the permit was given is a ban on all whale breeding, which was a huge part of SeaWorld’s killer whale program. The permit approval also stipulated that SeaWorld was not allowed to transfer whales in or out of SeaWorld San Diego even to or from other SeaWorld parks.  So, essentially, SeaWorld San Diego is now allowed to build an expanded tank for the 11 whales that it currently keeps in captivity, but none beyond that. And once those 11 whales pass away, they’ll be left with empty tanks that just so happened to have cost them $100 million.

Now you might be wondering how this setback might affect SeaWorld Orlando. And the answer is fairly complicated. SeaWorld spokespeople have not offered any definitive answers in regards to the status of the Blue World project in San Diego, simply saying that in light of this recent development they would be “exploring their options”. However, without further litigation from SeaWorld, there’s just no way that the company (which is experiencing serious financial issues as it is) will build a $100 million tank for 11 whales in San Diego that will be useless in only a few decades. That would be like Walt Disney World putting an expiration date on Star Wars Land. It’s just not going to happen. 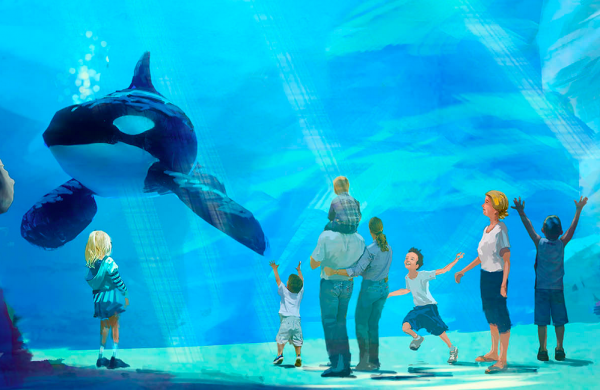 So that begs the question, with the possibility of building their next great animal attraction almost completely eradicated, where can SeaWorld go from here? Surprisingly, they do have some options…

What I believe Sea World must do is create dark ride (Disney/Universal quality) attractions about animals with exhibits. Something that still relates to Sea World (example: Antarctica, even thou a flop, it is a dark ride and has and exhibit. So an Animal Kingdom version of Sea World. That way even though people may not like Sea World's past practices, the only way for them to actually enjoy these indoor Disney like attractions/rides is to visit Sea World. In short........Sea World must create Disney like rides. Disney rides but about sea animals. Turn Sea World into an Animal Kingdom.

This decision only affects San Diego Seaworld not Seaworld San Antonio or Orlando. Seaworld Parks and Entertainment could simply decide that enough is enough and put Seaworld San Diego for Sale.