Jock Lindsey’s Hangar Bar, a brand new Indiana Jones themed dining establishment at Disney Springs, finally opened its doors for the first time earlier this week. This dining establishment offers a one of a kind experience for guests that plunges them into the world of Indiana Jones, and helps them feel like a part of the adventure while enjoying decadent libations and delicious small plates inspired by the classic film series.

Though this isn't the first bar to open at Walt Disney World, there are some interesting things that will set this dining location apart from others around the resort. If you're planning on checking out Jock Lindsey's Hangar Bar in the near future, here's everything you should know before you go:

1. Don’t stop in for lunch or dinner 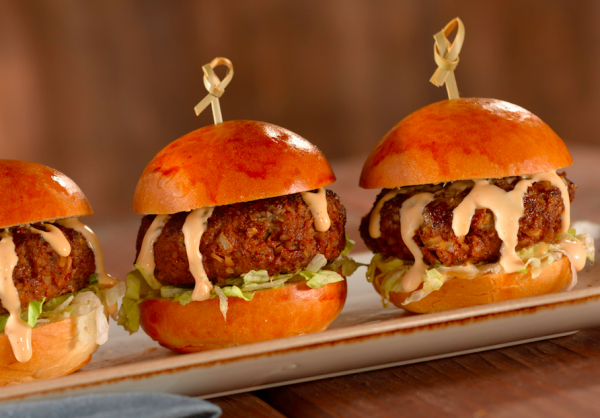 Though Jock Lindsey’s Hangar Bar is quite a large venue, this dining establishment is primarily equipped to serve handcrafted specialty beverages, and only has less than a dozen appetizers on the menu, in lieu of full meals.

However, even though guests who stop by this location can’t really eat lunch or dinner (unless you have a very small appetite), the small plates that are available here actually sound pretty amazing! From spicy rolling meatball sliders, to soft pretzels served with beer cheese, “she-deviled” eggs and even fried calamari flatbread pizza, there are some great choices for those who want a little snack while they're enjoying their libation of choice. You can check out the full menu of appetizers here.

2. Be on the lookout for Star Wars, Marvel and Pixar references 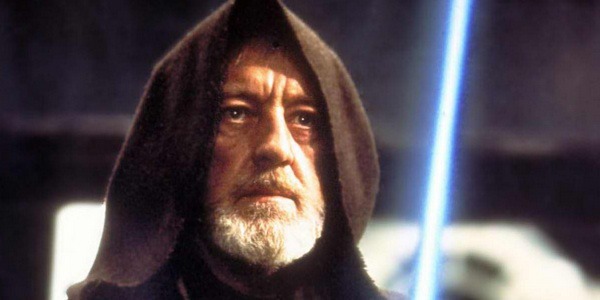 Though the there are plenty of Walt Disney World attractions that contain clever references to other Disney properties, Jock Lindsey’s Hangar Bar takes its reference game to the next level, with every corner of this new location stuffed with covert callbacks to other Disney-related franchises.

If you visit this establishment in the near future and would like a challenge, you can find hidden references to the Marvel series of films, multiple Star Wars references (both to specific characters and places) and even a few nods to Pixar films like Cars and Planes. And of course, it wouldn't be Disney if there weren't at least a couple of hidden Mickeys hidden in plain sight as well!

While we won’t spoil the location of these Easter eggs here, Disney fans can start their search for all of this bar’s hidden secrets by pouring over the menu looking for galactic secrets, and then guests only need to look up to feel transported to a universe filled with “super” individuals!

Fans of the Society of Explorers and Adventurers will also have a lot to digest in this location as well, including some classic throwbacks to this secret society, which traces its roots back to the former Adventurer's Club at Downtown Disney.

3. You won’t be able to bring home a souvenir cup…yet 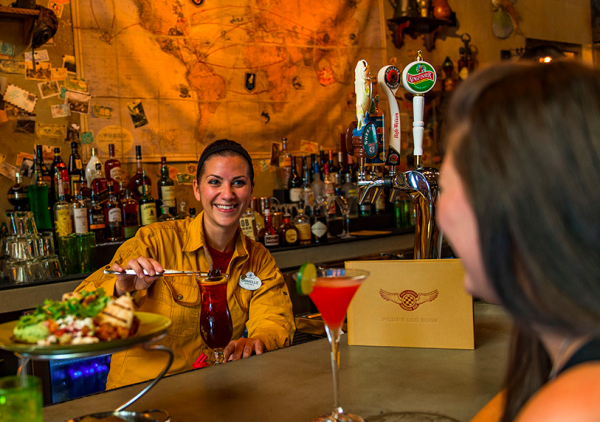 Much like Trader Sam’s Grog Grotto at Disney's Polynesian Village Resort, Jock Lindsey’s Hangar Bar has some pretty amazing souvenir glassware to go with its handcrafted beverages. Unfortunately, it looks like the glasses aren’t quite ready to go yet, and guests who are clamoring to be the first to check out this new dining establishment in the next few days won’t be able to pick up a new cup for another few weeks while Disney is waiting on recieving their shipment.

The table reservation option was only available opening day. Now you can only put your name on the list if the building is at capacity and you won't be guaranteed a table when you are called back, only a space in the bar.

I can think of a way to take a souvenir glass home with you.