October has been a big month for theme park news, especially for those who crave international news.

From a permanent horror attraction at a Spanish park to a trio of updates from Universal parks all across the globe, and a big financial move at Disneyland Paris, there are plenty of news stories to dive into this month for theme park fans.

1. Disneyland Paris gets a $1 billion financial package from Disney

The Walt Disney Co. is bailing out Euro Disney, operator of Disneyland Paris with a $1.25 billion restructuring plan - which includes a $420 million capital injection and the conversion of debt it’s owed by Euro Disney into company stock.

Although the reporting of this deal has been overwhelmingly negative, it's likely to be very good news for fans of the resort. With its debt burden almost halved and a pile of cash on hand, the resort should finally be able to a) turn a profit and b) invest in badly-needed refurbishments and new attractions. We may not see a Disney California Adventure-style "big bang" makeover for Walt Disney Studios, but expect to see some huge changes at that park over the coming years - and some improvements at Disneyland Park, too, ahead of the resort's 25th anniversary in 2017. 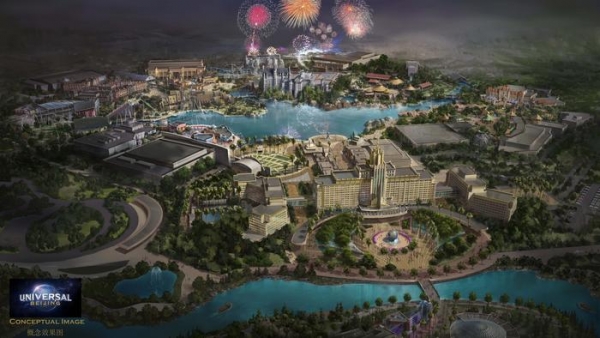 Tom Williams, Universal’s Parks & Resorts CEO, officially announced Universal Beijing, a $3.3 billion theme park resort property that is projected to open in 2019. The resort will include a single theme park, a hotel and a CityWalk retail and dining area. At 1,000 acres, this new resort will be Universal’s biggest yet.

According to current plans (and the concept art above), it looks like Universal is planning to build the theme park behind the “gate” of the hotel (like the design of Tokyo DisneySea), with the CityWalk area sitting between the park and the hotel.

Though no specific attractions were mentioned in the announcement, the new theme park will feature several existing rides found at other Universal parks, as both The Wizarding World of Harry Potter, and Transformers: The Ride are rumored to be coming to Universal Beijing. However, the park will feature some original attractions as well that will reflect China’s cultural history.

Universal Beijing will be jointly owned by an organization of four state-owned companies, as well as Universal Parks & Resorts. 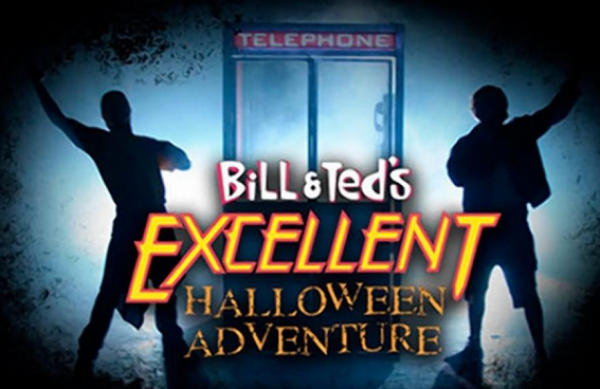 While the Bill & Ted show at Halloween Horror Nights at Universal Studios Florida is extremely popular, its west coast cousin hasn’t enjoyed the same good favor, and was even cancelled last year due to a controversial segment. This year, the show was conspicuously absent from the Halloween Horror Nights line-up, and rumors are swirling that the time-travelling duo will not be returning to the event at all moving forward. Though the Orlando version of the show is safe for the forseeable future, the Hollywood version may have already taken its final bow.

Its about time Disney in Paris is given a shake up. Many rides are tired, its been built in the coldest wettest part of France. People are smoking all over the parks and even in the queue areas without ever being told not to. The studio park is a joke with only the Tower of Terror, Rock & Roll coaster and now Ratatatouille being any good. The parts between the parks is dirty, broken pavements and vagrants selling tatty souvenirs. Somethine Disney wouldnt have at other parks I am sure. People go because its Disney but after anyone visits the USA parks it is a no no. Some of the staff selling bookins are a joke being quite rude. Such a pity for such a great brand.