Love sports? There is a new theme park opening next year that you need to know about!

Billed as the world’s first “Sportainment” complex, this new park (dubbed Open Camp) will allow guests to race alongside Olympic athletes through the magic of simulators in a variety of events, including track, swimming and more.

Taking over an old icon 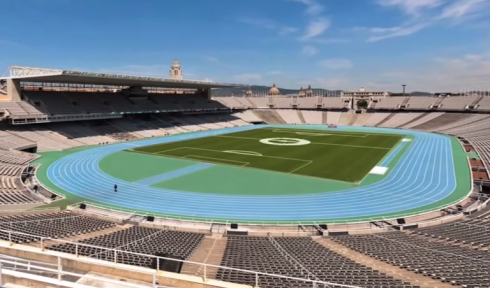 One very interesting thing about the Open Camp park project is that the park will essentially exist as an overlay on top of the existing Olympic structures that are left over from the 1992 Barcelona Olympic games. Remaining game structures and venues will be retrofitted with simulators and screens to replicate Olympic events once held there.  You can check out some of the concept art in the park announcement video below (narration is in Spanish):

A park for everyone? 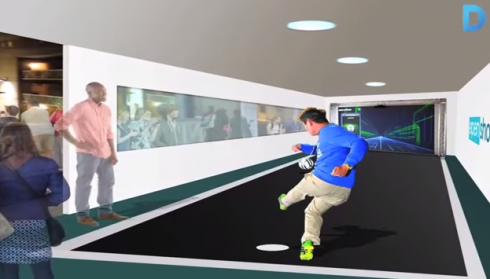 Though a sports-themed park may sound a little niche (and geared towards the physically fit under 35 crowd),  Open Camp promoter Francesc Medina promises that there will experiences and simulations at the park that will appeal to everyone, “even people with a beer gut”. However, given some of the restrictions of current simulation technology, it's hard to say whether a park like this will truly be able to accomodate everyone until we know more about what attractions will actually be featured at the park. 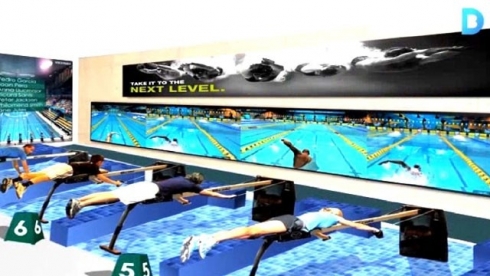 All told there will be more than 50 different sports-themed exhibits at the park. Guests who score top marks in each event will be able to participate in a park-wide medal ceremony at the end of the day to complete the experience.  The park announcement press statement says that guests will be able to “feel what it is like to be professional football players, run a smooth 100 meters against Usain Bolt, take part in any Olympic Games race recreated exactly as it was in reality and experience a medals ceremony”

A closer look at the announcement video can shed a little light on what specific kinds of simulations guests can expect at Open Camp. One frame shows patrons strapped in to horizontal simulators as a screen in front of them projects the image of an Olympic-sized pool. Another screen shows a guest in a wind tunnel designed to simulate a ski jump.

The Open Camp project certainly seems ambitious, and even more surprising is that the theme park is projected to open sometime next year. Though the park will be using structures already in place, this seems pretty fast for a park that will be relying on what could be very advanced simulation technology.

Are you interested in this type of simulation-based sports-themed park?