In Photos: 3 Things We Know About Gringotts at Universal Studios Florida

One at a time, details about the mysterious depths of Gringotts Bank have been withdrawn from the secretive wizarding bank. Now, Universal Orlando has committed, revealing never-before-seen details of what stands to be the most highly anticipated theme park attraction in years. At the center of the brand new Wizarding World of Harry Potter - Diagon Alley is the headlining Harry Potter and the Escape from Gringotts. We're still not sure what all awaits in the grimy depths of the wizarding bank, but thanks to a new inside look, we're closer than ever.

The most precise details about the new roller coaster are still on lock down, but Universal claims that the attraction will "combine 4K high-definition ride animation and 3-D technology with live special effects to propel you into the action of the Harry Potter books and films." For fans, that means speculation of a ride that's equal parts Amazing Adventures of Spiderman and Revenge of the Mummy. We'll see. But for now, here's a look at the newly revealed wizardry lurking deep inside Harry Potter and the Escape from Gringotts. 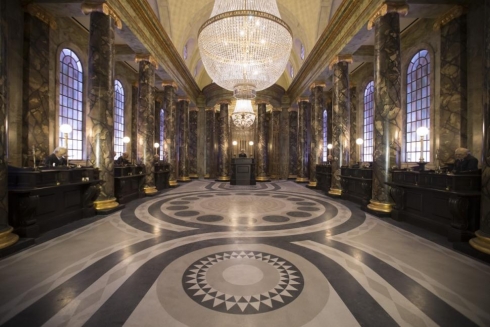 True to the films in which it appeared, the magnificent and grand atrium of Gringotts Bank sets the mood for the larger-than-life adventure beyond. Of unexpected scale for a theme park, the regal room of marble and crystal is at least a stark contrast to the gritty stone vaults we know lurk below... 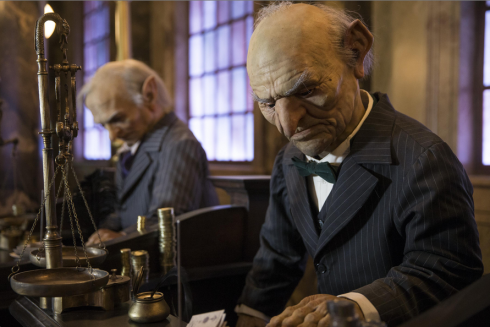 Lining the atrium is a cast of animatronic goblins who work tirelessly, scrawling numbers on the parchment before them and counting account balances. These black-eyed creatures don't seem to be glad for your presence. In fact, we'll learn that we're descending into the bank's meticulously guarded vaults just moments behind Harry, Ron, and Hermione during their in-cognito withdrawl visit in Harry Potter and the Deathly Hallows - Part 2. 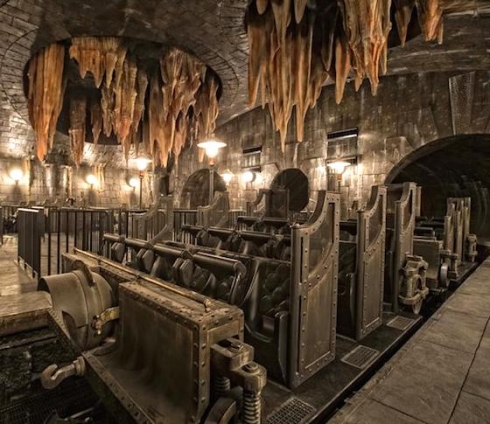 Fans of the Harry Potter series of books and films will no doubt recall that the only way down into the mystically-guarded vaults of Gringotts is via an unusual sort of subterranean railway. These unique carriages can accelerate, brake, twist, and dive through the thousands of vaults in the dark and misty tunnels below the bank. Universal's photo of the ride's car does harken to Revenge of the Mummy, but we have a feeling there's more than meets the eye with this most elaborate roller coaster train... 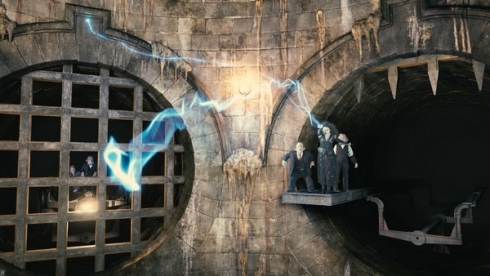 What all to expect from the depths of Gringotts, we still can't be sure. But we do know more than we did this time last week. Expect your journey through the bank to include close encounters with Harry, Ron, and Hermione (you'll be just a few steps behind them at all times, following their footsteps as they enter the bank to recover a deadly Horcrux). You'll also encounter the dreaded Bellatrix Lestrange, right-hand woman to He Who Must Not Be Named. 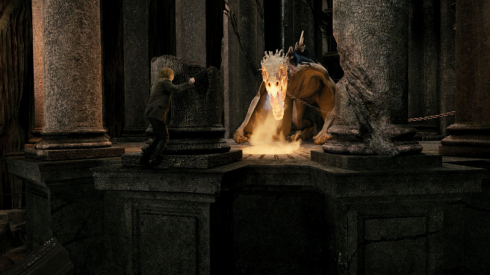 Speaking of the Dark Lord, Voldemort himself will make an appearance inside Gringotts in what is sure to be an encounter that Potter fans will be celebrating for years. And as expected, you'll encounter one of the bank's tripped defense systems - a massive fire-breathing dragon intent on keeping the bank's most dangerous secrets safe.

Only time will tell what the experience inside Gringotts will truly feel like, but we're one step closer to unlocking the bank's greatest secrets. In the meantime, Universal has sent out invitations to a Media Day celebration from June 17 - 20 where members of the press will explore Diagon Alley. No telling yet which rides will be open for them, or if soft-opening phases may occur before media day to unsuspecting park visitors in mid-June.