New details and concept artwork have been released for the Despicable Me: Minion Mayhem attraction, which will open at Universal Studios Florida in summer 2012.

Based on the $540-million grossing Universal Pictures movie, the Despicable Me ride will replace Jimmy Neutron's Nicktoon Blast, which closed in August 2011. It is expected to reuse the simulator-style ride system employed by the Jimmy Neutron attraction, although it will feature a new Infitec 3-D projection system.

Despicable Me: Minion Mayhem will be the first ride at any of Universal's theme parks to be based on a Universal-produced animated movie, with all-new scenes being worked on for the attraction. The ride will feature appearances from well-known characters including Gru, Margo, Edith, Agnes and the diminuitive minions. 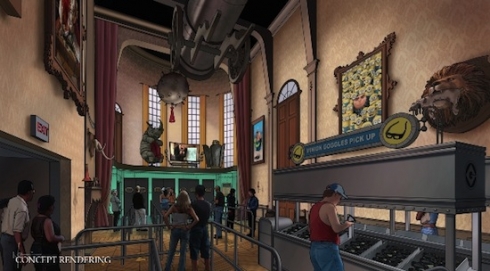 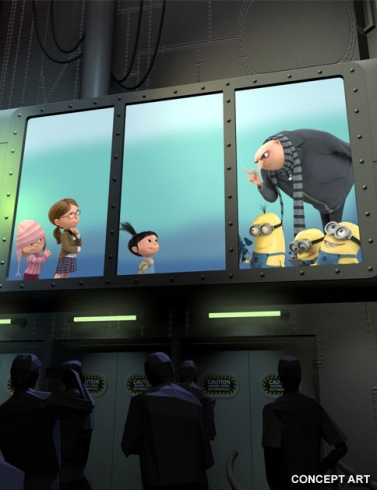 Guests will first enter Gru's home, where they will be asked by the bungling super-villain to join his legions of minions. After undertaking some "minion training", riders will then find themselves on a journey with Gru and his daughters, before joining an interactive "dance party" with the minions.

The stars of the Despicable Me movie, including Steve Carell and Miranda Cosgrove, will lend their voices to the new attraction. A sequel to the film will debut in theatres on July 3, 2013.