The daily parade will feature large floats, "state-of-the-art" technology and hundreds of street performers. The characters involved will include the minions from Despicable Me, Hop's E.B. and Nickelodeon's Dora & Diego and SpongeBob SquarePants. The Universal Orlando Resort confirmed the new addition as part of a webcast on January 25. 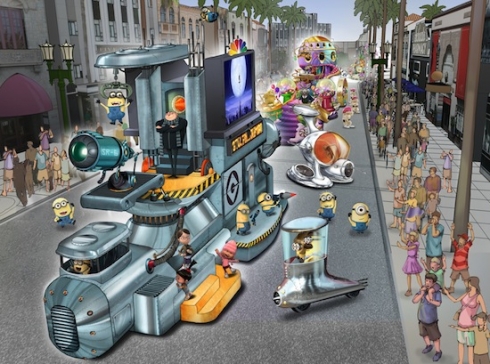 Universal claims that the parade will be an interactive experience, with the characters stopping at various points during the route to engage in dance- and sing-alongs with visitors. The characters will also take part in meet-and-greets throughout the day.