Europa park's new wooden coaster for 2012 to be known as Wodan: Timbur Coaster

Germany's Europa Park has revealed the name for its new wooden roller coaster for the 2012 season as "Wodan: Timbur Coaster".

The ride had previously been known by its working title of Mythos, but AirTimers reports that Europa Park has now registered the name Wodan as a trademark. The name is derived from the Germanic version of Norse god Odin, a leading figure in Viking mythology.

As its name suggests, the wooden coaster will feature a Viking theme. The "Timbur Coaster" subtitle is based on the Icelandic word for lumber, and appears to simply refer to the ride's construction materials. 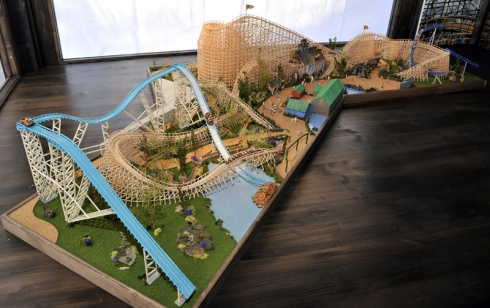 The majority of attractions at Europa Park are built by Mack, the park's owner. However, Wodan will be manufactured by wooden coaster specialist Great Coasters International, which has strong ties with Mack.

Wodan: Timbur Coaster will stand at 115-feet-tall and will hit a top speed of 62 mph during its 3,444-feet-long circuit.